Central of Georgia Railway
The Central of Georgia Railway (reporting mark CG) started as the Central Rail Road and Canal Company in 1833. As a way to better attract investment capital, the railroad changed its name to Central Rail Road and Banking Company of Georgia. This railroad was constructed to join the Macon and Western Railroad at Macon, Georgia, and run to Savannah. This created a rail link from Chattanooga, on the Tennessee River, to seaports on the Atlantic Ocean. It took from 1837 to 1843 to build the railroad from Savannah to the eastern bank of the Ocmulgee River at Macon; a bridge into the city was not built until 1851.

During the Savannah Campaign of the American Civil War, conducted during November and December 1864, Federal troops tore up the rails and converted them into what were referred to at the time as "Sherman's neckties."

In 1888 the Richmond Terminal Company, a Virginia holding company, gained control of the Central. The financial problems of the parent company forced the CofG into bankruptcy, and it was sold at foreclosure three years later, being reorganized as the Central of Georgia Railway on November 1, 1895.

The famous passenger train the Nancy Hanks ran from Atlanta to Savannah, via Macon. Another notable train was the Man o' War, a Columbus - Atlanta route, via Newnan. Both of these trains were named after prize-winning racehorses.

In 1907 railroad magnate and financier E. H. Harriman gained a controlling interest in the railway, and in 1909 sold his interest to the Illinois Central Railroad, which he also controlled. In 1932, during the Great Depression, the CofG went into receivership, from which it did not emerge until 1948. In 1956, the St. Louis-San Francisco Railway (“Frisco”), seeking a route to Atlantic Ocean ports, gained control of the CofG, but the Interstate Commerce Commission declined to approve a merger of the two roads, so the Frisco sold its CofG stock to the Southern Railway in 1963.

Today the Central of Georgia exists only as a paper railroad within the Norfolk Southern Railway group. 42 miles of the CofG's former mainline are currently leased by the Chattooga and Chickamauga Railway from the State of Georgia.

Heritage units
On April 5, 2012, Norfolk Southern unveiled NS 8101, a GE ES44AC painted in the scheme found on Central of Georgia's diesel locomotives. It was the fourth of twenty units that NS painted in the colors of their predecessors.

A Central of Georgia Slideshow. 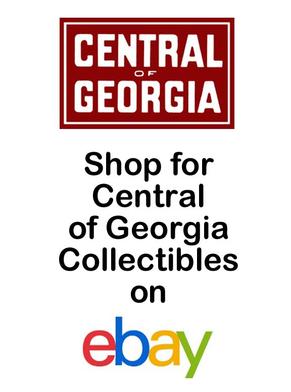 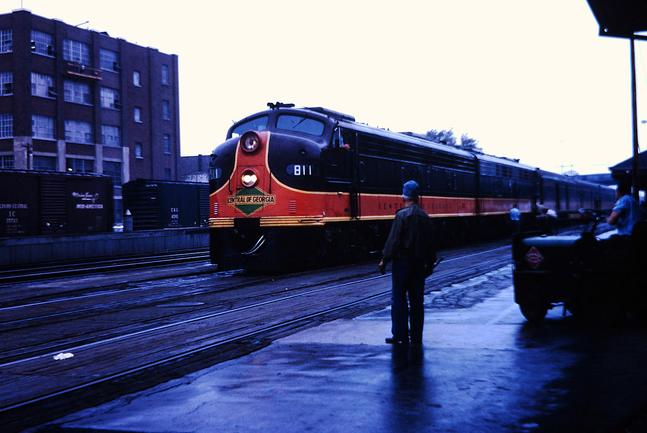