Canadian Pacific Lines in Vermont
The Canadian Pacific Lines in Vermont was a Class I railroad that operated 90 miles of track in the State of Vermont. The line was set up as a separate company to comply with ICC regulations and was considered a Class I railroad (in 1950, railroads with operating revenues over $1 million were deemed as such). The line was made up of the former Newport and Richford Railroad, and was leased to the Canadian Pacific in 1881, along with 64 miles of former B&M trackage from Newport to Wells River. 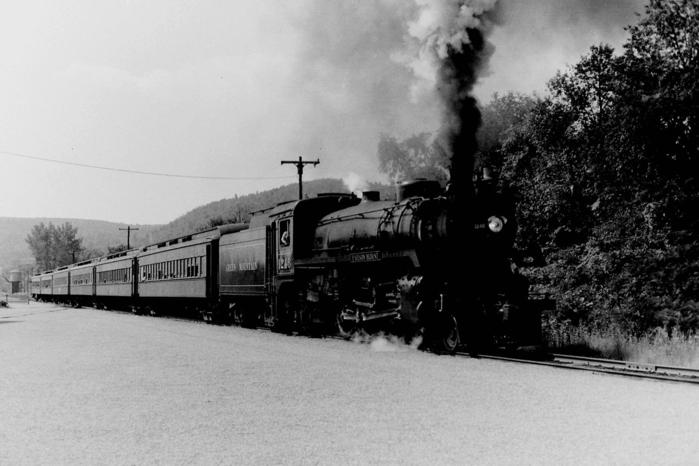 A portion of the route between Newport and Richford enters the Canadian province of Quebec. The Newport-Wells River, in conjunction with the B&M, served as a through route between Montreal and Boston. The CP in Vermont, together with the B&M, operated two dieselized passenger trains, the daytime train, the Alouette, and the overnight passenger train, the Red Wing, over this route. The Vermont lines never connected directly with the CP’s other line in the U.S., the Canadian Pacific Lines in Maine. In 1950 the freight revenue from this line was $1.9 million, and passenger receipts accounted for another $162,000, which certainly qualified it as a Class I railroad in the United States. Interestingly in 1950, the CPLV reported a dining and buffet revenue of $6,185.00, however, dining and buffet expenses totaled $7,360.00, an operating loss similarly suffered by most railroads during the era.