Michael James Heney had secured the right-of-way up the Copper River in 1904. He started building the railway from Cordova, Alaska in 1906. The town of Cordova, Alaska, was actually named by Heney on March 13, 1906, based on the original name given by Salvador Fidalgo. By Oct. 1906, Heney decided to sell his Copper River right-of-way to the Alaska Syndicate. Heney then retired, but returned to work for Daniel Guggenheim on the railway in 1907 after the Katalla facilities were destroyed in a storm and Guggenheim decided Cordova was a better starting point.

The competing railroad that bought the Close Brothers-Heney interests, was the CR&NW, owned by the Alaska Syndicate. The syndicate included investment by J.P. Morgan. He had earlier bought John Rosene's Northwestern Commercial Company, an empire of mercantile companies, shipping interests, and railroad. The syndicate started construction from Cordova, the Bonanza mine site at Kennecott, and at a point midway where the Nizina River merged with the Copper River. Challenges includes bridging the Kuskulana River canyon and the Copper River with the Million Dollar Bridge. "The completion of the Million Dollar Bridge in the summer of 1910 effectively guaranteed the success of the rail project and the shipment of the first load of Kennecott ore in early 1911."

Heney had traveled to New York in 1909 to meet with Daniel Guggenheim and other board member about the railroad progress. On his return journey, he departed Seattle on 23 Aug. 1909 aboard the steamship Ohio. On 25 Aug., the Ohio struck an uncharted rock and sank. Heney finally made it to Cordova on 18 Sept. On 30 Nov. 1909 the railroad reached the Tiekel River, completing the first phase of the contract. Heney made another trip to New York to turn over that portion of the railroad to the Katalla Company. On the return trip he spent the winter in Seattle. His health failing, Heney finally succumbed to pulmonary tuberculosis on 4 Oct. 1910.

The last spike in the construction, a "copper spike", was driven on 29 March 1911, by Chief Engineer E. C. Hawkins and Superintendent Samuel Murchison at Kennicott.

The cost of the railway at $25 million was justified because the mines produced $200 million worth of copper ore during their operation of which at least 50 percent was profit. There were 129 bridges constructed between Cordova and Chitina.

The good ore in the mines ran out and the last train ran on 11 Nov. 1938. In 1941, the Kennecott Corporation donated the railroad right-of-way to the United States "for use as a public highway". In 1953 conversion was started. The Alaska Department of Highways had extended the Copper River Highway to Mile 59, from Cordova to the Million Dollar Bridge, by 1964. However, the damage to 28 bridges after the Good Friday earthquake delayed further construction. By 1972 the highway extended to Mile 72 and south 20 miles from Chitina.

The bridge has recently (2005) been repaired. The roadbed from Chitina to McCarthy now forms the McCarthy Road.

The railroad's nickname was "Can't Run and Never Will".

Historic designations
On April 24, 1973, the railway was added to the National Register of Historic Places. The railway's bunkhouse was also added to the register on December 5, 2002.

Popular Culture
The Iron Trail by Rex Beach was first published in 1912 as a "fictional version of the building of the Copper River and Northwestern Railroad." 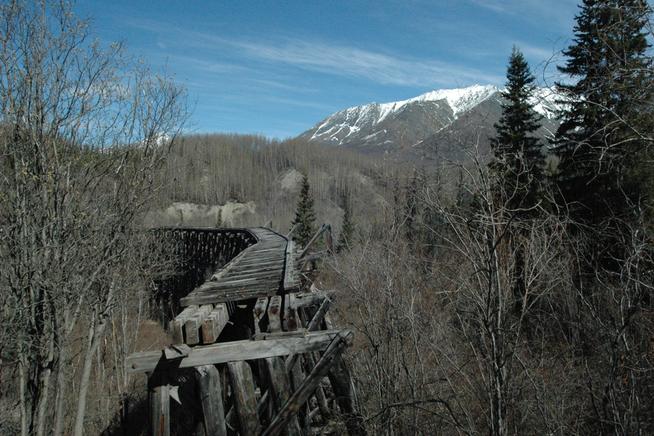 Railroad tracks at Mile 16 along the route of the Copper River and Northwestern Railway, 1908. 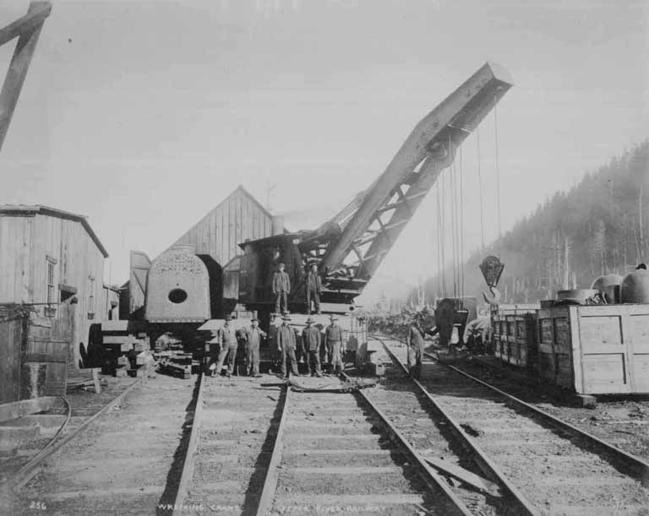 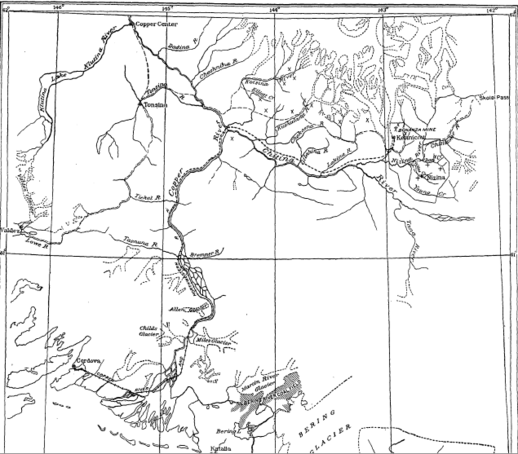 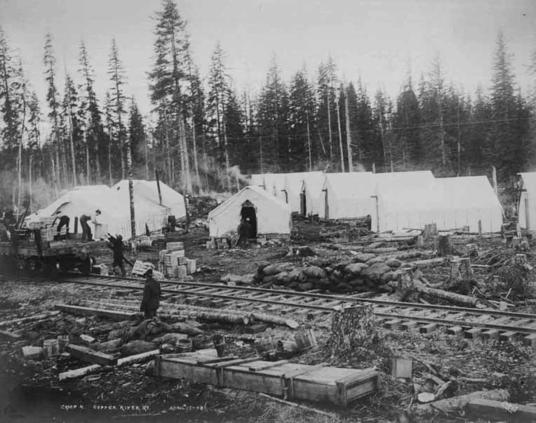 Tents at Camp 4 of the Copper River and Northwestern Railway showing workers loading freight onto a flatbed railroad car, April 17, 1908. 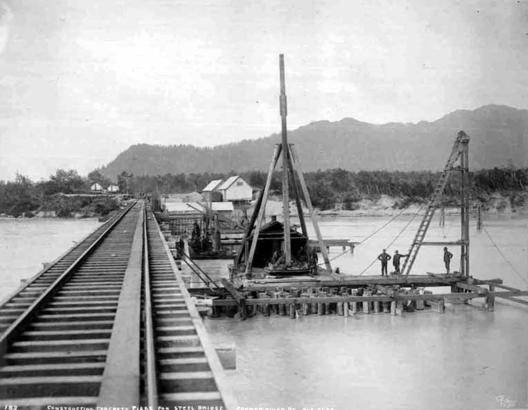 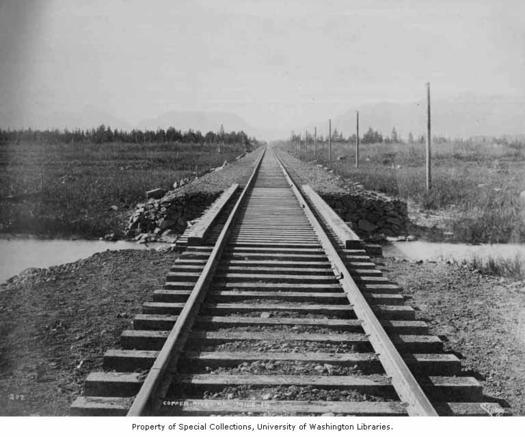 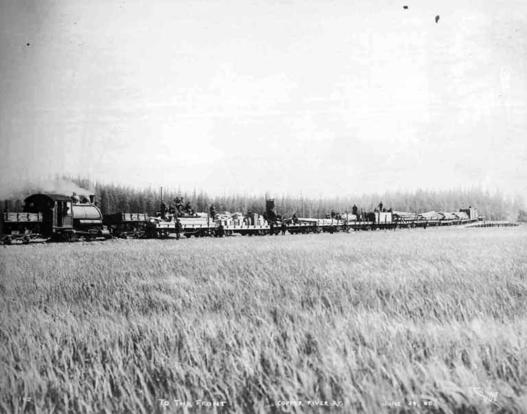 Workers with wrecking crane for the Copper River and Northwestern Railway, 1908