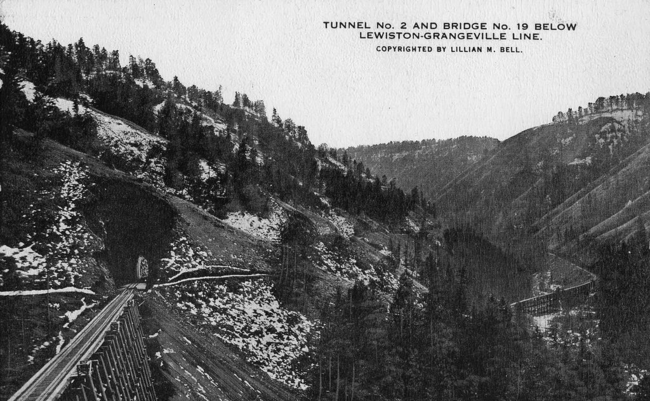 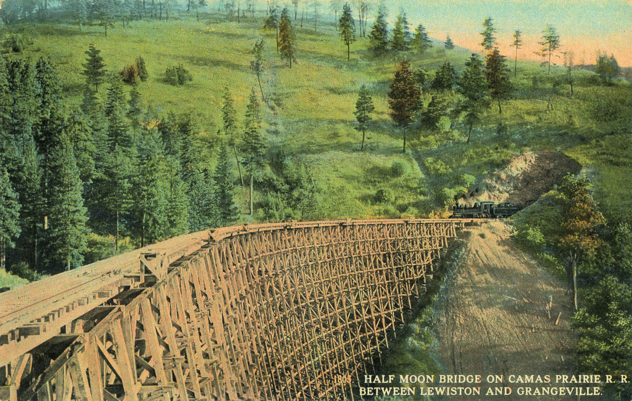 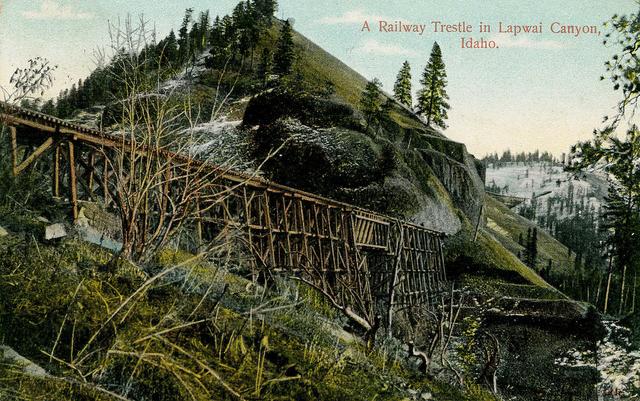 Postcard depiction of Tunnel No. 2 and Bridge No. 19 on the Camas Prairie Railroad. 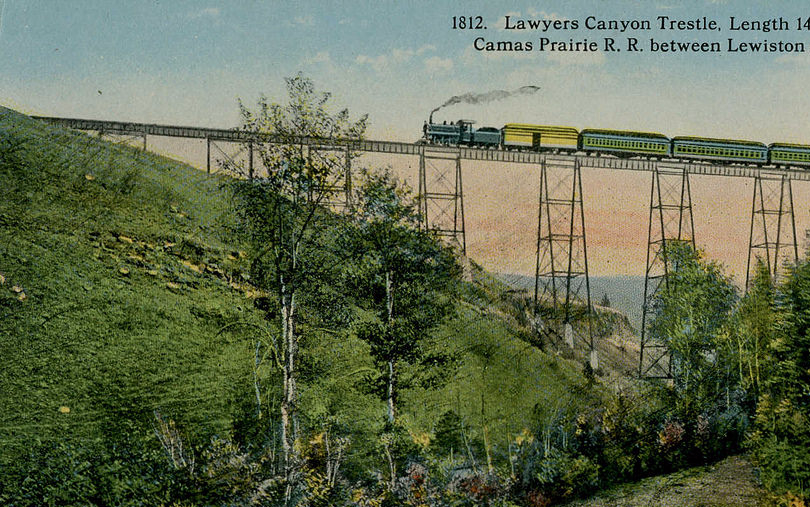 Half Moon Bridge on the Camas Prairie Railroad.

The Camas Prairie Railroad was the result of that competition and in many ways, the end of the war. In the end, the railroads co-operated to build the Camas Prairie Railroad. The CSP was built to tap the rolling, fertile hills of the Camas Prairie and the timber of the forested hills and canyonlands of the Clearwater River. The Nez Perce Indian Reservation was opened to white settlement in 1895. Service to the south terminus of the second subdivision line at Grangeville commenced in December 1908, and continued for 92 years.

Parts of the railroad are now operated by the Great Northwest Railroad and the Bountiful Grain and Craig Mountain Railroad (BGCM).

Demise
The railroad was sold to North American RailNet in April 1998, and it became the subsidiary Camas Prairie RailNet, Inc. (CSPR). After less than two years, CSPR notified the U.S. government in late 1999 that the second subdivision line to Grangeville could be subject to abandonment, citing lack of profitability. It made its formal request in May, and it was approved by the Surface Transportation Board in September 2000; the last run to Fenn and Grangeville was on November 29. The tracks were to be removed shortly thereafter, but that was delayed as a new operator for the line was sought.

When BG&CM stepped in to operate the second subdivision line in December 2002, it was originally only to extend from Spalding to Craigmont, but a few weeks later decided to continue south, across Lawyer's Canyon to Cottonwood, stopping the salvage crews from going further north. The tracks from Cottonwood to Grangeville were removed and salvaged in late 2002 and 2003. North American RailNet sold the remainder of the railroad to Watco Companies in March 2004, which renamed it the Great Northwest Railroad.

Passenger service
Passenger service on the main line along the Clearwater River to Stites and on the second subdivision to Grangeville was discontinued in August of 1955.

Popular culture
The 1975 film Breakheart Pass starring Charles Bronson was filmed on portions of the railroad, as were parts of 1999's Wild Wild West.