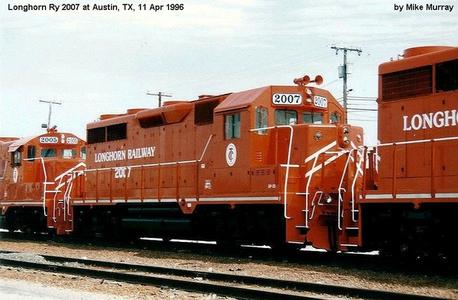 Later, and to the moment of ceasing its operation the company was also doing business as the Longhorn Railway Company.

Interstate Commerce Commission (ICC) Finance Docket No. 32049 (Sub-No. 1), decided July 15, 1992, stated that Centennrail intended to operate a rail line from milepost 205 at Nashville, Tennessee, to milepost 180 at Ashland City, Tennessee, a distance of 25 miles with 3 miles of switching leads. The line itself was owned by Cheatham County Rail Authority (CCRA), which purchased it from the Illinois Central Gulf Railroad Company (BA No.1516) (ICG) in 1988 after ICG abandoned it. The previous operator of the railroad was McCormick, Ashland City & Nashville Railroad Co., Inc. (BA No.5518).