History
Based on a track bed and rails originally laid down around 1880, right-of-way ownership transitioned over the years from Valley Railway to Cleveland Terminal & Valley Railroad (CT&V), to the Baltimore and Ohio Railroad, to the Chessie System. Currently, the National Park Service own the rails and right-of-way within Cuyahoga Valley National Park. CVSR co-operates with Wheeling and Lake Erie Railway (WLE) on operation of the railroad track south of CUVA to Canton. Cuyahoga Valley Scenic Railroad operates their excursion trains in co-operation with both the NPS & WLE.

The history of trains in the Cuyahoga Valley stretches back more than 100 years. In 1880, the Valley Railway began operations, transporting coal to Cleveland, Akron, and Canton from the Tuscarawas River Valley and providing passenger service along the way. After a decade of operation, the Valley Railway became part of the Baltimore & Ohio Railroad. In the 20th century, competition from automobiles, trucks, and buses caused the decline of both freight and passenger service. Interest in the line was renewed in 1972 as a scenic excursion route and the Cuyahoga Valley Preservation and Scenic Railway Association was born.

Future
Several Ohio and Erie Canal-oriented organizations in Cleveland, Cuyahoga County and Summit County are pushing for extension of CVSR operations farther North along the Canal corridor into Cleveland. Some other organizations have been researching the feasibility of commuter rail operations between Akron-Canton and Cleveland.

One of the big issues to be resolved would be scheduling and controlling access since the tracks through Cleveland and Newburgh Heights are used by freight train traffic, and much of the route above is single track with limited sidings.

Schedule
CVSR's schedule varies with seasonal demands. Currently, CVSR operates on Saturdays in January-February, Saturdays and Sundays in March-April, Fridays-Sundays in May and Tuesdays-Sundays in June through October. In November, the scenic train runs on weekends only due to The Polar Express. One train makes daily round-trips from Independence to Akron, which takes about 3 hours (1½ hours one-way).

Scenic excursions
CVSR offers scenic trips along the path of the Valley Railway.

The Polar Express
Around mid-November and continuing through mid-December, the CVSR provides special Polar Express themed excursions both during the day as matinees and in the evenings. The excursions are only offered out of Rockside and Akron Northside stations. Children (and even adults) are encouraged to ride in their pajamas. Elves greet passengers at the door and help them find their seats. While underway, the elves read the story of the Polar Express, serve hot chocolate and cookies, play games, and sing Christmas songs. Both trains eventually end up at the "North Pole". On the return trip, each child gets a surprise visit from a very important jolly fellow.

Bike Aboard
For $5 a bicyclist may ride the train one way from any one of CVSR's 9 stations. The bike is loaded onto a re-purposed baggage car and bikers are seated in a car directly following it. Similar programs are in place for hikers and walkers for a slightly different price. The Bike Aboard program is only offered from April through October.

Train to Canton
In summer 2003, CVSR began service between Akron and Canton. CVSR provides service between Akron Northside Station and Canton Lincoln Highway Station. Passengers will have approximately 4½ hours to visit some of the city's unique attractions, including the Pro Football Hall of Fame, Canton Classic Car Museum, and William McKinley Presidential Library and Museum. Unfortunately, the tracks between Akron and Canton will not support passenger trains at a reasonable speed to allow CVSR to serve Canton. The last regularly scheduled trains to Canton were in the summer of 2012. The end of the Canton trips occurred in 2012, mostly due to track conditions between Arlington Rd. and Mayfair Rd. ”Center Section". Also lack of ridership, equipment, and lack of money to bring tracks up to passenger train standards & maintenance.

Flooding
Flooding caused by heavy rains in July 2003 damaged the tracks throughout the park and forced the cancellation of these runs for the remainder of the 2003 season.

The following cars, Nos. 161-169, were all built for the Pennsylvania Railroad as part of a fleet of 21 roomette sleeping cars. They were rebuilt in 1963 as 76-seat coaches, and in 1991 they were rebuilt by MARC to their current 80-seat configuration. In 2000, these cars were all owned by Akron Metro and leased to the CVSR. Ownership of the cars were all transferred from Akron Metro to CVSR on October 29, 2013.

Heritage: Built for the Atchison, Topeka and Santa Fe Railway.

Heritage: Originally built for the Southern Pacific as a Bar-Lounge car on the Sunset Limited.

Heritage: Originally built for the CB&Q as a Parlor Car. It was rebuilt in 1968 as a 44-seat Snack Bar Coach. This car now has a generator.

Notes: Converted by Northern Railcar Company to a 36-seat wheelchair accessible coach in 1998, converted to ADA standards in 2012. 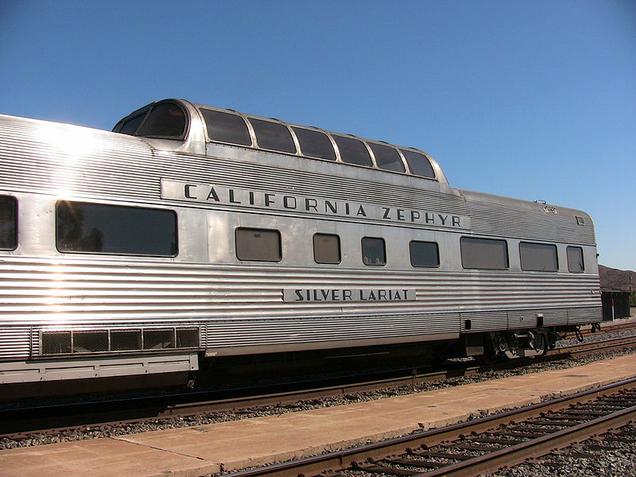 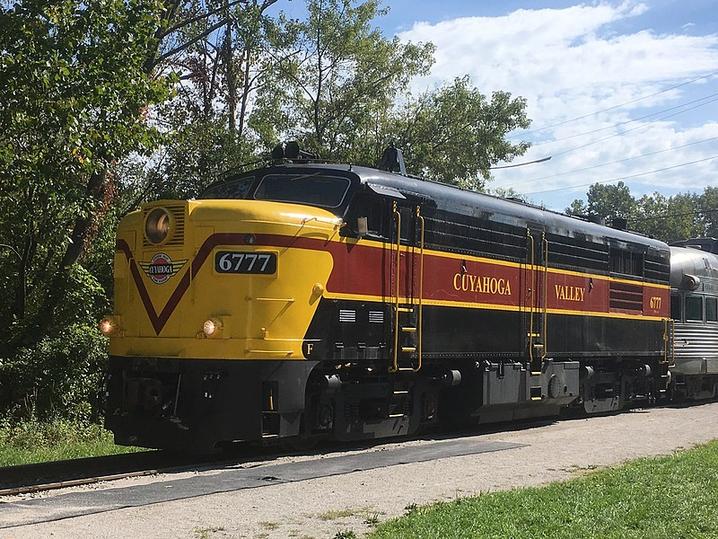 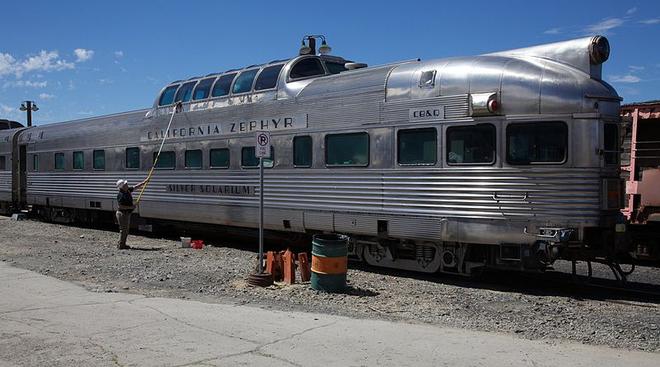 The Observation Lounge on the Silver Solarium. 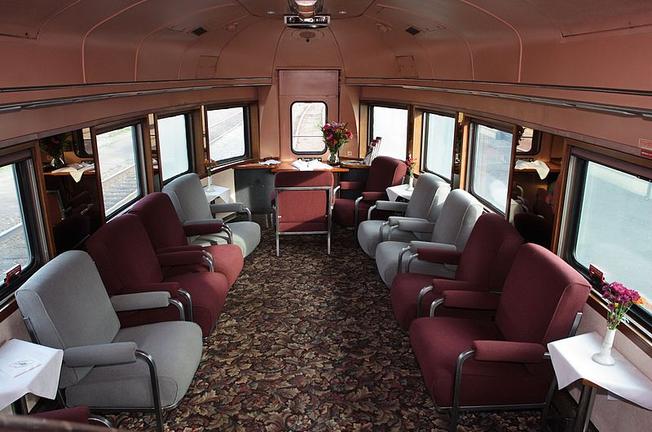 The Silver Bronco Vista Dome coach, shown here on the California Zephyr in 1967. 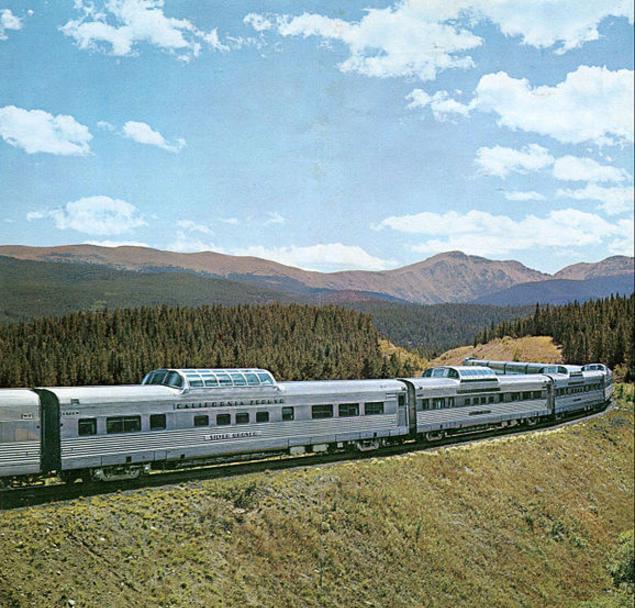