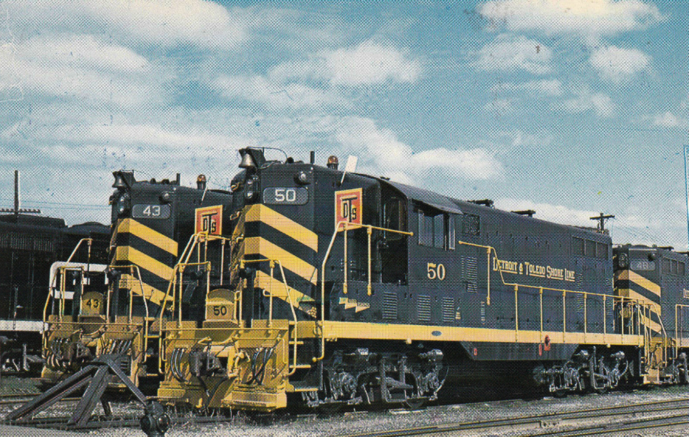 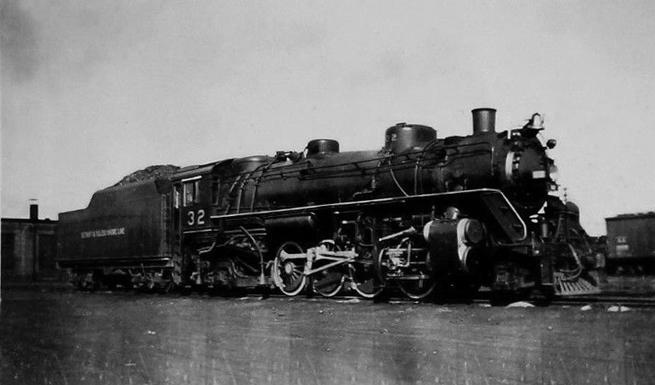 The Pleasant Bay Railway was incorporated in Michigan in March 1898 and purchased the Toledo and Ottawa Beach Railway, an Ohio company incorporated in January 1898, in March 1899. The resulting company was renamed the Detroit and Toledo Shore Line Railroad one month later. It operated a multi-track mainline connecting Detroit, Michigan and Toledo, Ohio, serving several large industries. The main line between the two cities opened in 1903.

The Grand Trunk Western Railway (GTW) and the Toledo, St. Louis and Western Railroad (the "Clover Leaf") co-owned the railroad from 1902-1923. The TStL&W ownership was transferred to its successor the New York, Chicago and St. Louis Railroad (the "Nickel Plate Road") in 1923 and then to the Norfolk and Western Railway (N&W) in 1964. The GTW purchased the N&W's interest in the DTS in 1981. At that time the DTS was dissolved and merged into the GTW.

History
The D&TSL operated 46.98 miles of line between Toledo, Ohio, and Detroit, Michigan, a bridge route connecting the Motor City with the rail gateway of Toledo. Prior to the 1960s mergers resulting in Penn Central Transportation and the Norfolk and Western Railway, the link between these two cities was vitally important to the independent railroads in the area, particularly the GTW and the Nickel Plate. In 1960 it reported 243 million net ton-miles of revenue freight.

The D&TSL was originally incorporated as the Toledo & Ottawa Beach Railway in Ohio and the Pleasant Bay Railway in Michigan. In March 1899 the two companies conveyed all their property to a new company incorporated under the Michigan law as the Detroit & Toledo Shore Line. The intent was to construct the railroad as a high speed interurban connecting link between the Lake Shore Electric at Toledo and interurban lines in Michigan. Immediately following the purchase of the right-of-way, they began the actual grading of the road and construction of the Ottawa River bridge just north of Toledo.

From April to December 1901 the road was built from Toledo to Trenton, with trolley wires in place from Monroe to Trenton. Electric cars were tested a few times as far north as Rockwood. The line was still incomplete when its promoters got into serious financial difficulty. The Shore Line went into receivership, and in the summer of 1902 the receiver became convinced that it would never be viable as an electric road and petitioned the court to allow him to construct a connection from the end of the track at Trenton Jct. (FN tower) to the nearby Detroit, Toledo & Ironton (Detroit Southern). This was completed in November 1902 and the construction work ceased for a short period.

In December 1902 the Grand Trunk Western and the Toledo, St Louis & Western (known as the Clover Leaf) entered into an agreement to jointly purchase the Shore Line property by issuing bonds for the payment of outstanding obligations. At the same time they contracted to extend the line northward from Trenton to a connection with the Wabash at River Rouge, on the south side of Detroit. The new owners intended to bring the Shore Line up to the same general standards as the Grand Trunk main line, a task that would require considerable additional track work.

When the line was completed, the D&TSL had no equipment except a small locomotive which had been purchased from the contractor and an old dummy saddle tank engine that had formerly run on the New York City elevated. There was some work equipment consisting of Rogers ballast cars but no cabooses or any freight equipment. Only one station had been constructed-at Monroe-but there were few telephone shanties scattered along the road.

The overhead wire was removed and sold along with the electric motor cars to the Monroe Traction Company and the Toledo & Monroe Construction Company. The line was opened for freight traffic in September 1903, with each parent company furnishing three locomotives. The D&TSL used the Clover Leaf terminal in Toledo and the GTW facility in Detroit. There were no passing tracks, no classification yards and no locomotive servicing facilities. To reach the Clover Leaf yard in Toledo they used twelve miles of the Toledo Terminal under a trackage rights agreement. In the spring of 1904 they bought six Baldwin compound Moguls along with six cabooses. Work began immediately to upgrade the right-of-way.

In 1906 a classification yard-named Lang Yard after the road's auditor was started just north of the Toledo city limits along with a roundhouse, turntable and machine shop. A short time later, work began on another yard at the other end of the railroad: Dearoad Yard was just south of the River Rouge at Detroit.

Over the years additional equipment was purchased and many improvements were made as the Shore Line developed into a vital and prosperous property. Ironically, for a road conceived as an interurban, the D&TSL never handled any passenger traffic, being operated for freight service only. In 1922 the Clover Leaf became part of the Van Sweringen's Nickel Plate, bringing its 50% interest in the D&TSL under the NKP banner.

With a total fleet of 16 units made up of only three models of the same vintage from the same builder, the D&TSL shop forces had become quite expert in keeping them running, and the units were extremely well maintained. The three non-m.u.-equipped SW7s were used on locals, transfers and "Bum Jobs" (extra yard assignments) while the SW9s generally would stay on the hump. The ten Geeps handled transfer and all road assignments. Since power for the road jobs was pooled with the GTW, colorful Geeps, GP38s and SD40s of that road were common sights on Shore Line road jobs and in the Lang Yard engine facility. For the Bicentennial, Shore Line 46 was renumbered 76 and adored in a very handsome red, white and blue paint scheme.