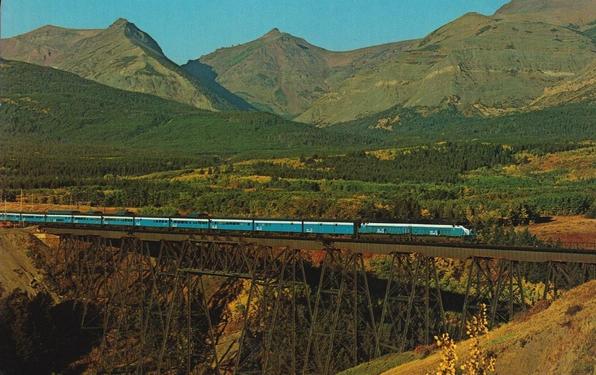 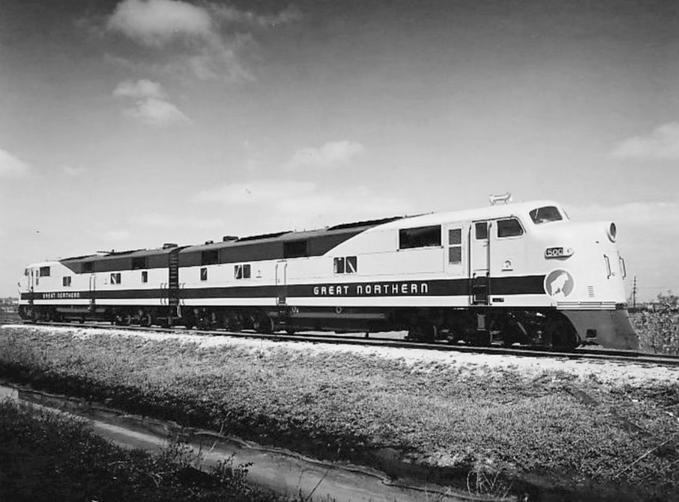 Mainline
The mainline began at Saint Paul, Minnesota, heading west and topping the bluffs of the Mississippi River, crossing the river to Minneapolis on a massive, multi-piered stone bridge. The Stone Arch Bridge stands in Minneapolis, near the Saint Anthony Falls, the only waterfall on the Mississippi. The bridge ceased to be used as a railroad bridge in 1978 and is now used as a pedestrian river crossing with excellent views of the falls and of the lock system used to grant barges access up the river past the falls. The mainline headed northwest from the Twin Cities, across North Dakota and eastern Montana. The line then crossed the Rocky Mountains at Marias Pass, and then followed the Flathead River and then Kootenai River to Athol, Idaho and Spokane, Washington. From here, the mainline crossed the Cascade Mountains through the Cascade Tunnel under Stevens Pass, reaching Seattle, Washington in 1893, with the driving of the last spike at Scenic, Washington, on January 6, 1893.

The Great Northern mainline crossed the continental divide through Marias Pass, the lowest crossing of the Rockies south of the Canadian border. Here, the rails enter Glacier National Park, which the GN promoted heavily as a tourist attraction. GN constructed stations at East Glacier and West Glacier entries to the park, stone and timber lodges at the entries and other inns & lodges throughout the Park. Many of the structures have been listed on the National Register of Historic Places due to unique construction, location and the beauty of the surrounding regions.

The Great Northern's Western Star streamliner in the Montana Rockies. 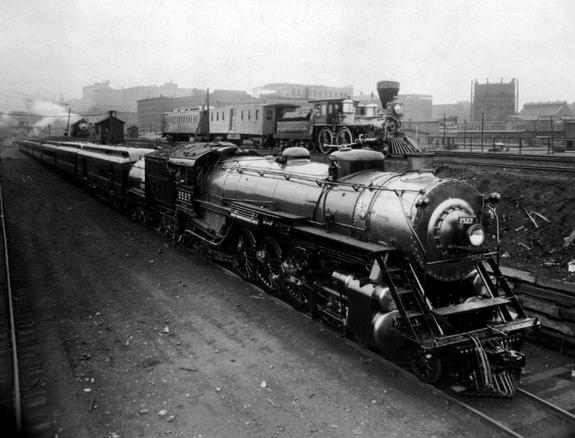 History
The Great Northern was built in stages, slowly to create profitable lines, before extending the road further into the undeveloped Western territories. In a series of the earliest public relations campaigns, contests were held to promote interest in the railroad and the ranch lands along its route. Fred J. Adams used promotional incentives such as feed and seed donations to farmers getting started along the line. Contests were all-inclusive, from largest farm animals to largest freight carload capacity and were promoted heavily to immigrants and newcomers from the East.

The earliest predecessor railroad to the GN was the St. Paul & Pacific Railroad, a bankrupt railroad with a small amount of track in the state of Minnesota. James Jerome Hill convinced John S. Kennedy (a New York banker), Norman Kittson (Hill's friend and a wealthy fur trader), Donald Smith (an executive with Canada's Hudson's Bay Company), George Stephen (Smith's cousin and president of the Bank of Montreal), and others to invest $5.5 million in purchasing the railroad. On March 13, 1878, the road's creditors formally signed an agreement transferring their bonds and control of the railroad to Hill's investment group. On September 18, 1889, Hill changed the name of the Minneapolis and St. Cloud Railway (a railroad which existed primarily on paper, but which held very extensive land grants throughout the Midwest and Pacific Northwest) to the Great Northern Railway. On February 1, 1890, he transferred ownership of the StPM&M, Montana Central Railway, and other rail systems he owned to the Great Northern.

The Great Northern had branches that ran north to the Canadian border in Minnesota, North Dakota and Montana. It also had branches that ran to Superior, Wisconsin, and Butte, Montana, connecting with the iron mining fields of Minnesota and copper mines of Montana. In 1898 Hill purchased control of large parts of the Messabe Range iron mining district in Minnesota, along with its rail lines. The Great Northern began large-scale shipment of ore to the steel mills of the Midwest. At its height Great Northern operated over 8,000 miles.

The railroad’s best known engineer, 1889 to 1903, was John Frank Stevens. Stevens earned wide acclaim in 1889 when he explored Marias Pass, Montana, and determined its practicability for a railroad. Stevens was an efficient administrator with remarkable technical skills and imagination. He discovered Stevens Pass through the Cascade Mountains, set railroad construction standards in the Mesabi Range of northern Minnesota, and supervised construction of the Oregon Trunk Line. He then became the chief engineer in charge of building the Panama Canal.

The Great Northern was the only privately funded — and successfully built — transcontinental railroad in U.S. history. No federal land grants were used during its construction, unlike all other transcontinental railroads. In 1910 the Great Northern fell victim to the deadliest avalanche in U.S. history at the site of the defunct town of Wellington, Washington. 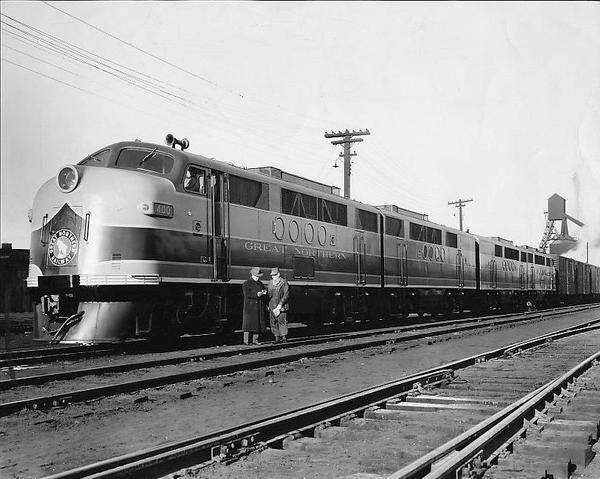 In 1931 the GN also developed the "Inside Gateway," a route to California that rivaled the Southern Pacific Railroad's route between Oregon and California. The GN route was further in-land than the SP route and ran south from the Columbia River in Oregon. The GN connected with the Western Pacific at Bieber, California; the Western Pacific connected with the Atchison, Topeka, and Santa Fe in Stockton, California, and together the three railroads (GN, WP, and ATSF) competed with Southern Pacific for traffic between California and the Pacific Northwest. With a terminus at Superior, Wisconsin, the Great Northern was able to provide transportation from the Pacific to the Atlantic by taking advantage of the shorter distance to Duluth from the ocean, as compared to Chicago.

Settlements
The Great Northern energetically promoted settlement along its lines in North Dakota and Montana, especially by German and Scandinavians from Europe. The Great Northern bought its lands from the federal government—it received no land grants—and resold them to farmers one by one. It operated agencies in Germany and Scandinavia that promoted its lands, and brought families over at low cost. The rapidly increasing settlement in North Dakota's Red River Valley along the Minnesota border between 1871 and 1890 was a major example of large-scale "bonanza" farming.

In popular culture
The Great Northern Railway is considered to have inspired (in broad outline, not in specific details) the Taggart Transcontinental railroad in Ayn Rand's Atlas Shrugged.
The railroad is mentioned in the lyrics of the Grateful Dead song Jack Straw: "Great Northern, out of Cheyenne, from sea to shining sea". 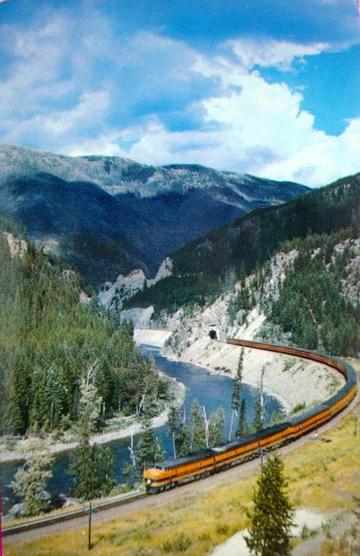 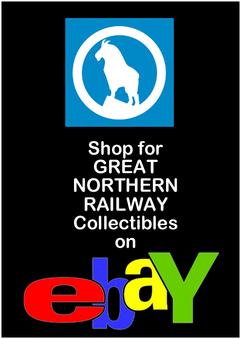 Great Northern publicity tour featuring the Oriental Limited and the William Crooks, circa 1924.