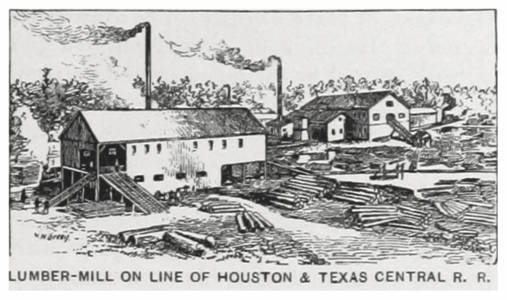 Cutting timber at the Line of the H&TC.

Houston and Texas Central Railway Depot at Houston, Texas, circa 1890.

A lumber mill on the H&TC line. 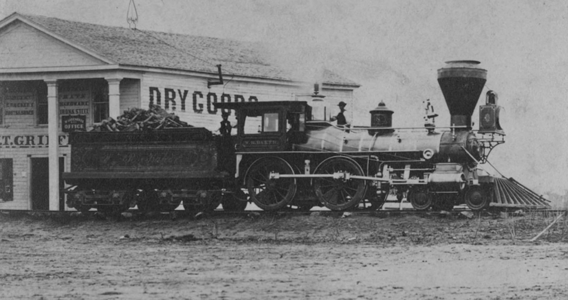 In 1892 the Houston and Texas Central reported passenger earnings of $1 million and freight earnings of $2.5 million and owned 115 locomotives and 2,271 cars. The company also became one of the first in Texas to use oil as a locomotive fuel when it began experimenting with oil-fired locomotives in early 1901. Significant portions of the former H&TC have been abandoned or sold. In 1933 the Mexia-Nelleva cutoff was abandoned. Later abandonments included the line between Bremond and Waco (1967), the track between Hempstead and Brenham (1961–62), and the track between Brenham and Giddings (1979). On August 19, 1986, the line from Giddings through Austin to Llano was sold to the city of Austin. Lines still operated by the Southern Pacific in 1988 included Houston to Denison, Ennis to Fort Worth, and Hearne to Giddings.

A Warranty Deed, filed in Leon County, Texas on November 11, 1948 in Volume 170 Page 3, refers to a portion of the H.&T.C.R.R. within the John Fuller Survey, Abstract 272. It is near the defunct T.&B.V.R.R, Trinity and Brazos Valley Railroad, which is now operated by BNSF Railway, formerly Burlington Northern and Santa Fe Railroad Company.

A Houston and Texas Central Slideshow. 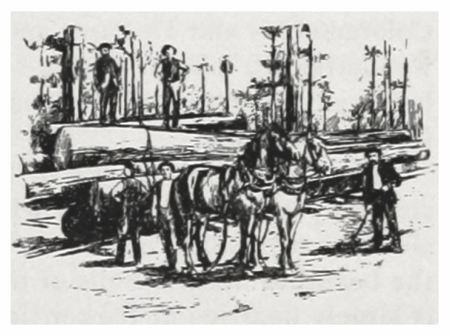 History
The charter for the Galveston and Red River Railway was obtained by Ebenezer Allen of Galveston on March 11, 1848. However, the company did not become active until 1852, when, after a series of meetings at Chappell Hill and Houston, the charter was made available for the proposed railroad from Houston to the Brazos River and the interior of Texas. On January 1, 1853, Paul Bremond and Thomas William House broke ground for the G&RR at Houston. Although early progress was slow, considerable grading had been completed by the end of 1855. Track laying began in early 1856, and the rails reached Cypress City, the twenty-five-mile point, on July 26, 1856. On September 1, 1856, the company was renamed Houston and Texas Central Railway Company. By April 22, 1861, the railroad was open eighty-one miles to Millican, but the Civil War prevented any additional construction until 1867. In 1867 the H&TC acquired the Washington County Railroad, which had completed a line between Hempstead and Brenham in April 1861. This line was extended to Austin, where the final spike was driven on Christmas Day, 1871, making Austin the westernmost rail terminus in Texas.

With no other railroad town anywhere near, Austin was instantly transformed into a trading center for a vast area, spawning a construction boom and doubling the population. Rival International-Great Northern entered Austin five years later in 1876. The H&TC inaugurated Pullman service in Texas between Houston and Austin in June 1872. The H&TC reached Corsicana in 1871 and Dallas in 1872 and Denison in 1873. In 1873 the original railroad line reached Red River City where it connected with the Missouri, Kansas and Texas Railroad. This formed an all-railroad route from Texas to St. Louis, Missouri and the Eastern United States. The H&TC also acquired the Waco and Northwestern, formerly the Waco Tap, and completed the line between Bremond and Waco in 1872. Other railroads subsequently merged into the H&TC include the Austin and Northwestern, Central Texas and Northwestern, Fort Worth and New Orleans, Hearne and Brazos Valley, and Houston Railway. Major new construction after 1900 included the Mexia-Nelleva cutoff from a point near Navasota to Mexia, which was completed in 1907, and the extension from Giddings to Stone City in 1913, which completed the Dallas cutoff and shortened the route between San Antonio and Dallas by 140 miles.

The H&TC was sold to Charles Morgan in March 1877 and came under Southern Pacific control when that company acquired the Morgan interests in 1883. However, the H&TC continued to be operated by its own organization until 1927, when it was leased to the Texas and New Orleans. At the time of the lease the H&TC operated 872 miles of track. It merged with the T&NO in 1934. Until 1875 Texas law required a track gauge of 5' 6", and the H&TC from Houston to Corsicana and the Western Branch to Austin were built to state gauge. The H&TC adopted 4' 8½" gauge, now known as standard gauge, for its construction north of Corsicana as well as on the Waco line. The rest of the railroad was narrowed in three stages: Corsicana to Hearne in 1874, Hearne to Houston in 1876, and the Austin line in March 1877. 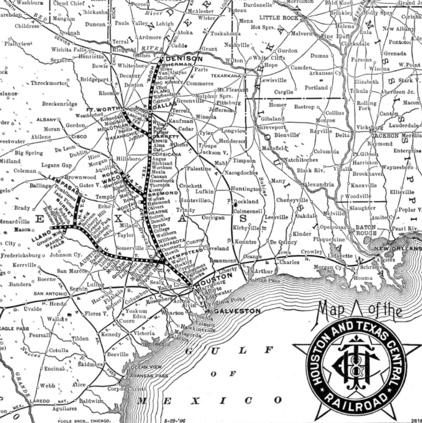