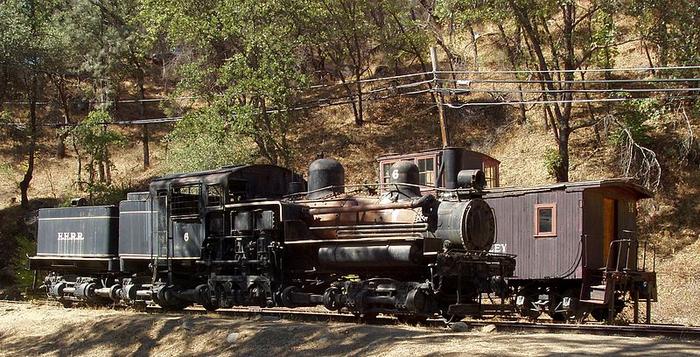 The mountainous terrain resulted in steep grades (over 4%) and extremely sharp curves (30 degrees, a 190-foot (58 m) radius), requiring trains to move slowly, at speeds of less than 8 miles per hour (13 km/h).

History
Construction of O'Shaughnessy Dam
With the passage of the Raker Act in 1913, San Francisco began to plan to tap the Tuolumne River watershed for water and power. A key element of the plan was a new reservoir in the Hetch Hetchy Valley, but access to the area was poor, so a railroad was planned. The first 9 miles (14 km) were completed in 1915, and the remaining 59 miles (95 km) were completed by October 1917. Construction costs for the HHRR were about US$3 million, far less than what the city might have paid contractors to transport concrete and other materials for the dam over the rough terrain.

Hetch Hetchy Railroad operated as a common carrier from July 1918 to February 1925 while the dam was under construction. As a common carrier it was subject to rules of the California Railroad Commission, so there are published time tables and tariffs for this period. However, unlike most common carriers, the president of the railroad was San Francisco Mayor James Rolph, and the vice president and general manager was the construction project's chief engineer Michael O'Shaughnessy. Revenue to support operation of the railroad was generated by charging timber companies and others along the line for freight. The line also carried mail for those in the area.

Since the support of the public in San Francisco was essential to the remote construction project's success, excursion trains were run to the site. For about $30, passengers would board a sleeper car in San Francisco on Friday night, crossing California's Central Valley overnight, then boarding Hetch Hetchy line excursion cars on Saturday morning. Tourists spent two days viewing the construction site and the surrounding forest, spending Saturday night in bunkhouses and eating meals prepared on site. On Sunday afternoon they boarded the train for the trip back down the mountain, met the sleeper cars for the Sunday night valley crossing, and arrived back in San Francisco on Monday morning in time to go to work.

Raising the O'Shaughnessy Dam
Intensive operations supporting the construction of the dam were complete in 1923, but the rail line continued operating as a freight and mail hauler, especially in winter when roads were too muddy for freight or were snowbound.

Between 1934 and 1938 the line was pressed back into construction service while the height of the dam was increased from 364 feet (111 m) to the present 430 feet (130 m) above bedrock. Since repairs were necessary before the line could again haul heavy freight to support construction hauling, and it was the height of the Great Depression, an Emergency Relief Act provided about 600 workers to refurbish the line. Operations of the restored line were turned over to the Sierra Railroad, and the reconstituted railroad started operations May 13, 1935, with a train of four cars powered by Sierra engines No. 30 and No. 32.

Decline and deconstruction
The amount of freight that remained to be hauled after construction activity ceased in 1938 was not sufficient to continue using steam engines; gasoline locomotives were used instead. Rain washouts and difficulties clearing heavy snowfalls made winter operations very difficult. The station at Hetch Hetchy Junction was removed in 1938. Sidings and spurs were ripped up and the steel sold to support the war effort in the early 1940s, and structures in Groveland were removed in 1944. Roads into the area improved, and with low usage the railroad tracks deteriorated. In 1949, the entire line was dismantled.

An abandoned HHRR bridge across the Tuolumne River was removed between 1967 and 1971 to clear the canyon for the expansion of Lake Don Pedro.

Several parts of the railroad's right-of-way were used for roadbeds: State Highway 120 in Big Oak Flat, and Cherry Lake Road to Camp Mather and beyond to the O'Shaughnessy Dam.

Rolling stock
Locomotives
Seven locomotives saw regular service. Six were owned by the HHRR and one was leased from the Sierra Railroad.

Hetch Hetchy Railroad No. 1
The Heisler locomotive No. 1 was a geared locomotive engine that was needed to negotiate the 4% slope most of the railroad track was built on. It was the first locomotive purchased, secondhand, when San Francisco began buying locomotives for the HHRR in 1917. War time (World War I) restrictions and waiting periods precluded buying anything but the Heiselers. Heisler locomotive No. 2 was bought new for $24,100 and had immediate delivery.

In November 2007, talks began between the City of Sutherlin and (OTM) Oregon Transportation Museum's owner Don Kirk, to relocate his museum to Sutherlin. Those talks specified, that if the museum relocates to Sutherlin, the city would agree to OTM looking at No. 100's fitness for a possible full operating condition restoration, for use in museum tourist excursion service.

Sierra Railroad No. 12
Sierra No.12 is the oldest three truck Shay in existence. It was built for the Sierra Railroad in 1903, leased to the HHR during construction of the dam, and then sold to Standard Lumber (which became Pickering Lumber) in 1924. It was sold to Connel Brothers Trucking around 1962 and then to the Pacific Locomotive Association in 1966. It is currently stored out of service at the Niles Canyon Railway.

Other stock
Track Bus No. 19 is a motorized rail car built on a White Motor Company standard truck chassis. It was built by A. Meister & Sons in 1919 for the Hetch Hetchy Railroad and used as an ambulance to transport sick, injured or dead workers, and to carry passengers. An additional five similar track buses were ordered, none were exactly the same.

The car sat unused for 32 years before being restored and housed in Modesto then El Portal and in 1997 moved to the Railtown 1897 State Historic Park in Jamestown California. Hetch Hetchy Railroad Motorcar No. 19 appears in a list of equipment invited to Railfair '99.

By Eeekster at English Wikipedia, CC BY 3.0, https://commons.wikimedia.org/w/index.php?curid=3869158 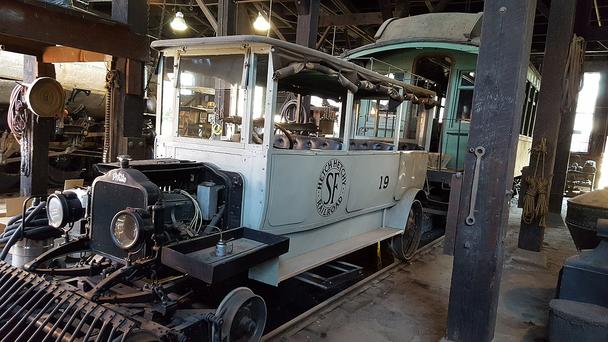 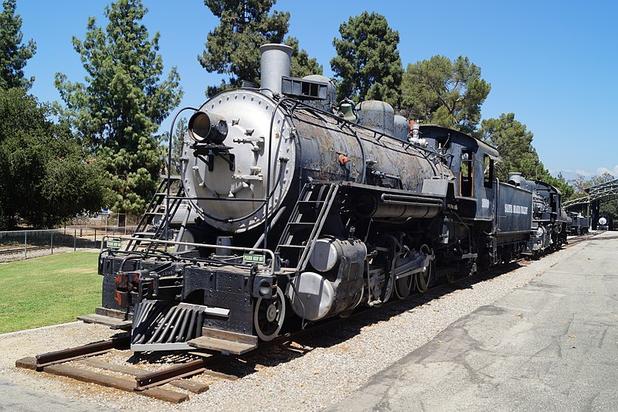 Hetch Hetchy Railroad No. 2 at the Travel Town Museum in Los Angeles, 2017. 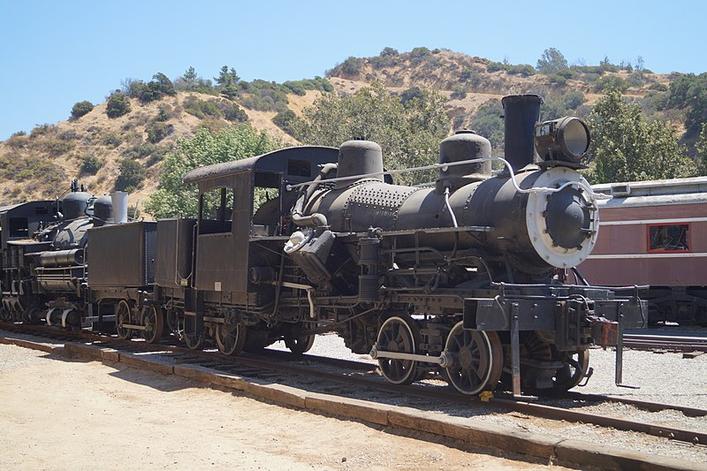