Iowa Pacific Holdings
Iowa Pacific Holdings is a holding company that owns railroad properties across North America and the United Kingdom, as well as providing services such as railcar repairs and leasing and management and consulting services to other operators. The company was founded in 2001 with headquarters in Chicago, Illinois; the current CEO is Edwin E. Ellis, Jr.

Holdings
Iowa Pacific's North American freight services are operated by subsidiary Permian Basin Railways, which was formed in 2002 to operate the Texas – New Mexico Railroad and the West Texas and Lubbock Railway; since then, Iowa Pacific through Permian Basin has acquired the Arizona Eastern Railway in 2004, (sold September 1, 2011 to Genesee & Wyoming Inc.) the San Luis & Rio Grande Railroad in 2005, the Chicago Terminal Railroad in 2006 and the Mount Hood Railroad in 2008.

Iowa Pacific also fully owns the Dartmoor Railway and a controlling stake in the Weardale Railway, both shortlines in the United Kingdom that operate freight and passenger services; Iowa Pacific purchased the companies in 2008, operating them under the name British American Railway Services.

In 2012 Iowa Pacific acquired three railroad operations during the year:

In April it acquired the Texas State Railroad, an excursion train operating between Palestine, Texas and Rusk, Texas.
In May it acquired operating rights on the Santa Cruz Branch Line between Watsonville and Davenport. The company established the Santa Cruz and Monterey Bay Railroad to run freight and passenger services on the line, supplementing the existing Santa Cruz, Big Trees and Pacific Railway operations. In November–December 2012, SCMB ran "The Train to Christmas Town," a holiday train based on a story written by Peggy Ellis and illustrated by Jeff Lee (video game artist).
In October it purchased Cape Rail Inc., a company that runs Massachusetts Coastal Railroad and Cape Cod Central Railroad.

In April 2015, Iowa Pacific announced a deal with the Indiana Department of Transportation and Amtrak to supply rolling stock and on-board services personnel for the Hoosier State, which runs between Chicago and Indianapolis. Indiana announced on January 30, 2017, that Amtrak would resume providing rolling stock for the Hoosier State on March 1, as Iowa Pacific was no longer able to fulfill the contract.

In May 2015, Watco Companies announced that it would purchase two Iowa Pacific subsidiaries, the Texas New Mexico Railroad and the West Texas and Lubbock Railroad.

In September 2015, Iowa Pacific took over operations of the Grenada Railway in Mississippi.

It should be noted that despite its name, the Iowa Pacific Railroad does not serve, and has never served, the state of Iowa. 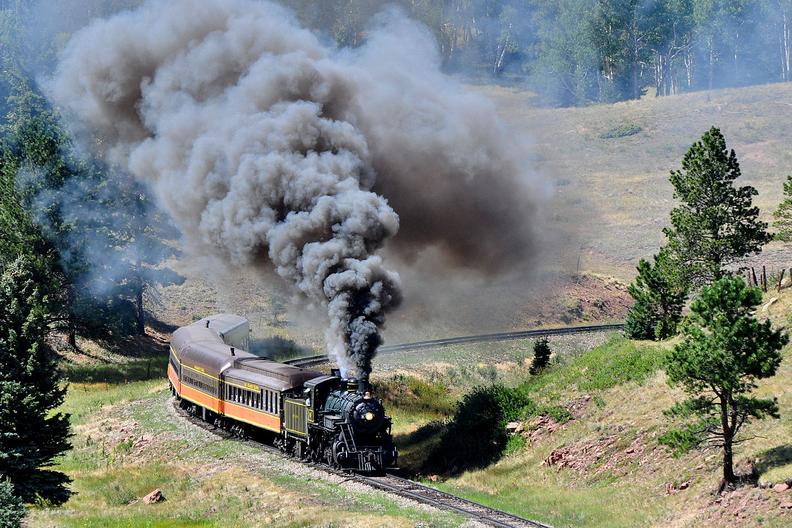