A Louisiana and Arkansas Railway Slideshow.

History
The Louisiana and Arkansas Railroad was incorporated in Arkansas in 1898 for the purpose of acquiring former logging railroad properties in Arkansas and Louisiana. The railroad was constructed and initially operated under the leadership of William Buchanan, a prosperous timberman with extensive investments in southwest Arkansas and northwest Louisiana. Buchanan's partners were Harvey C. Couch and William Edenborn. Buchanan's primary company, Bodcaw Lumber Company, was headquartered in Stamps, Arkansas, and that city also served as headquarters of the L&A until the late 1920s. It was reorganized in 1902 as the Louisiana and Arkansas Railway.

In 1910, the L&A Railway and Arkansas Southern Railroad were involved in a dispute over Louisiana taxes, a notable court case which ultimately was heard by the U.S. Supreme Court.

During the late 1920s, a group of investors led by Harvey Couch began acquiring Louisiana & Arkansas stock. These investors owned electric and telephone utilities in Arkansas and Louisiana and believed that railroad ownership in their service area would also be profitable. When control of the L&A was thus secured on January 16, 1928, a new company was chartered in Delaware in 1928 to acquire the former Louisiana and Arkansas Railway Company and to acquire and lease the Louisiana Railway and Navigation Company. Louisiana Railway & Navigation operated a marginally profitable railroad between New Orleans, Shreveport and Dallas. The L&A inaugurated a new premier passenger train, The Shreveporter, on December 30, 1928, operating between Shreveport and Hope, Arkansas. This train carried a through Pullman sleeping car between Shreveport and St. Louis, Missouri, in conjunction with Missouri Pacific Railroad. A second named passenger train, The Hustler, was added to provide overnight service between Shreveport and New Orleans, beginning on July 2, 1932.

The Harvey Couch interests began purchasing stock of the Kansas City Southern Railway (KCS) in 1937. After gaining control of the KCS in 1939, a decision was made to merge the two properties. Kansas City Southern was the surviving corporation, with the Louisiana & Arkansas as a KCS subsidiary, but the KCS president and the controlling stockholders were all from the L&A. This merger created "single line" railroad freight service between Kansas City and New Orleans, and on September 2, 1940, a new KCS-L&A diesel powered streamliner, the Southern Belle, was inaugurated to connect the two cities.

In 1948, in a letter to Ernest W. Roberts, Harry Truman described the difficult working conditions for certain black workers employed by this railroad. 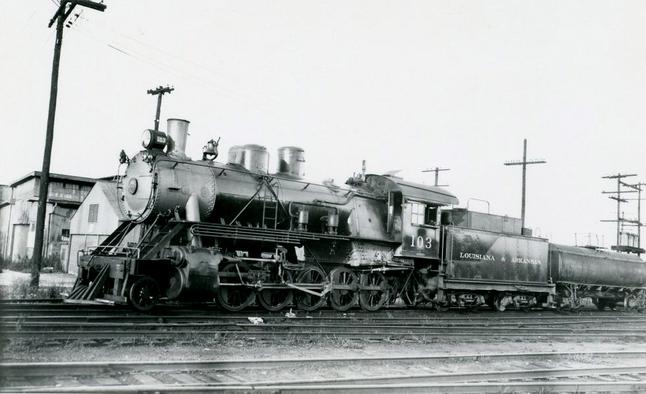 The worst wreck in the history of the L&A occurred on August 10, 1951, when a northbound L&A troop train collided head-on with the southbound Southern Belle just north of Lettsworth, Louisiana; Lettsworth is located approximately 55 miles northwest of Baton Rouge, on a segment of the Texas and Pacific Railway over which L&A trains had operating rights. The troop train was traveling 40 mph and the Southern Belle was moving at the maximum speed limit of 55 mph when the collision occurred on a long curve where vegetation obscured visibility. Thirteen people were killed, and another eighty-two were injured. It was determined that the accident had occurred because the troop train had overlooked a train order to wait in a siding at Lettsworth to allow the passenger train to pass. 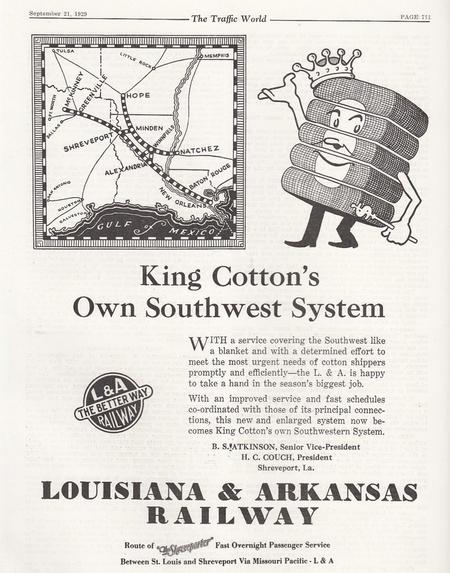