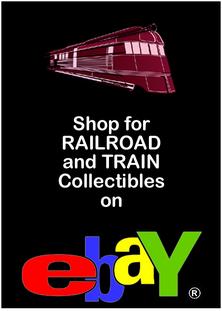 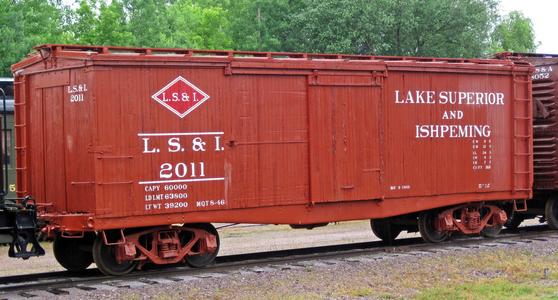 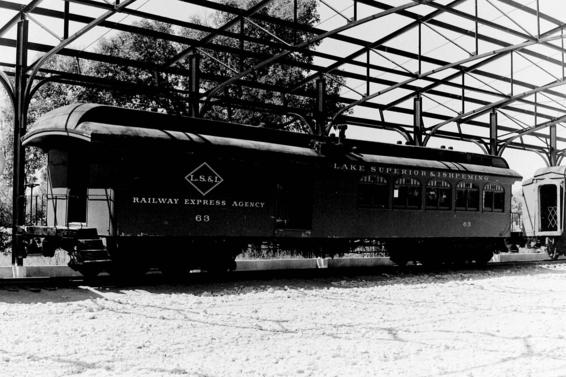 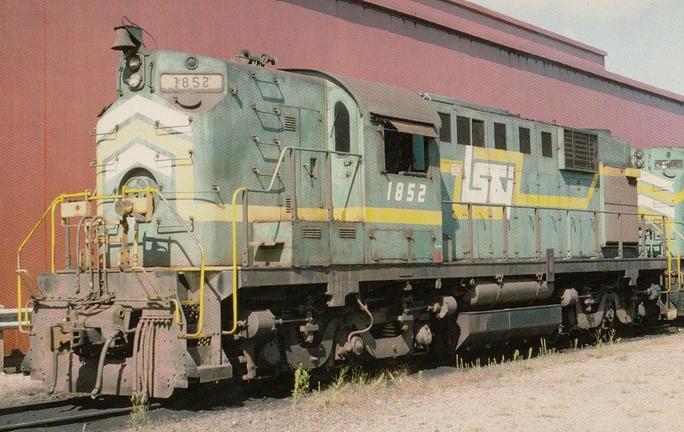 History
The Lake Superior and Ishpeming Railway was organized in 1893 as a subsidiary of Cleveland-Cliffs Iron Company (now Cliffs Natural Resources), the iron ore mining company. From the start the railroad's primary business was the transport of iron ore from the Marquette Iron Range, west of Marquette, to docks on Lake Superior from which the ore could be shipped to steel mills on the lower Great Lakes. The primary towns on the iron range are Ishpeming and Negaunee, Michigan.

In 1923 the LS&I Railway merged with the Munising, Marquette and Southeastern Railway (MM&SE), a short line running from Marquette 40 miles (64 km) east to Munising to form the LS&I Railroad. The LS&I's new spur ran through a section of the Upper Peninsula thickly forested with pulpwood, adding a second commodity to the LS&I's workload. The MM&SE/LS&I also operated a second spur from Marquette northwest to Big Bay.

Passenger operations were never major. In 1904 the railroad carried over 180,000 passenger-miles, compared to over 24 million ton-miles of freight. In 1931 two trains a day ran each way from Munising to Lawson, Marquette and Princeton. One train ran from Marquette to Big Bay and one on the east branch from Munising to Shingleton. By 1940 the Munising-to-Princeton and Lawton-to-Marquette service had been reduced to one train a day each way, and Big Bay service was operating three times a week. This level of service lasted at least to 1950. By 1955 the only passenger service remaining was a single daily train from Munising to Princeton; Marquette and Big Bay were no longer served. All passenger service had been discontinued by 1960.

The Big Bay spur was sold in the 1960s and Munising operations ended in the 1980s.

As of 2016, the Lake Superior & Ishpeming's primary remaining business continued to be the transport of iron ore over a 16-mile short line from the Tilden Mine, operated by Cliffs Natural Resources, south of Ishpeming, to Lake Superior for transport. Tonnage was declining sharply due to the shutdown of the adjacent Empire Mine, also historically served by the LS&I.

Engineering
The Lake Superior & Ishpeming's historic main line operates on a relatively steep grade, called "The Hill", from Marquette to the iron mines. The steepest gradient is 1.63%.

Because of the location of the LS&I's Marquette docks, the railroad must cross the Dead River. The trestle is 565 feet long and 104 feet high.

Fleet
The railroad presently operates a total of eight General Electric AC4400CW and four GE U30C locomotives. The AC4400CWs, leased from CIT Group, typically operate unit iron ore trains and the U30Cs, purchased from Burlington Northern in the mid-90s, run in yard service at the Presque Isle yard in Marquette. The road formerly operated primarily Alco power, including RS-3's and the famous RSD-15 "Alligators" purchased from the Santa Fe.

The LS&I's nicknames include "Little Sally and Imogene", after the names of two daughters of H. R. Harris, its first general manager, and "Lazy, Slow, and Independent".