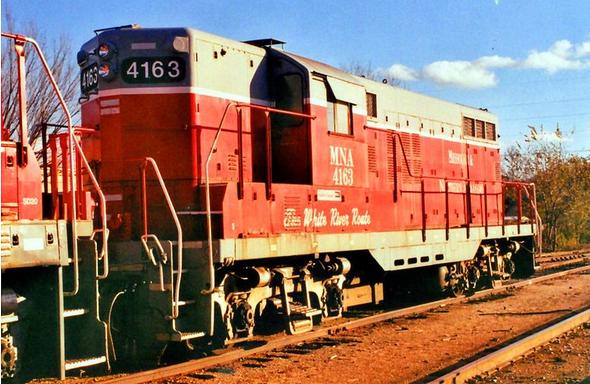 MNA operates approximately 527 miles (848 km) of line in Arkansas, Kansas, and Missouri. Its main line extends 384.1 miles (plus 40 miles (64 km) of trackage rights on Union Pacific Railroad lines) from Kansas City, Missouri, to Newport in Jackson County in northeastern Arkansas. (MNA interchanges with Union Pacific at both points). MNA also interchanges with BNSF Railway at Carthage, Aurora, Springfield, and Joplin, Missouri, and with the Kansas City Southern Railway at Joplin. The line no longer interchanges with the BNSF mainline at Lamar. The line connecting to Pittsburg, KS from Nevada, MO was sold separately to the South Kansas and Oklahoma Railroad. The line has been removed from Nevada down to Liberal. South from Liberal is still in place but only used for storage up to the Cornel repair shop.

MNA also operates several miles of industrial trackage in the city of Springfield; this segment is disconnected from the rest of the MNA system and traffic is hauled via BNSF to and from the Aurora interchange.

The Branson Scenic Railway operates the "Ozark Zephyr" from Branson, Missouri. Trains operate mostly south into Arkansas but occasionally north to Galena, Missouri, depending on MNA traffic. The restored 1906 depot is across from Branson Landing in historic downtown Branson.

The line was initially chartered in 1883 and was part of the Missouri Pacific Railroad's mainline between Kansas City and Memphis, Tennessee. The MNA began operations on December 13, 1992 and purchased the 102-mile (164 km) segment from Bergman to Guion, Arkansas, from Union Pacific. Other operated segments are leased from the Union Pacific and BNSF Railroads. The route from Fort Scott, Kansas, to Nevada and Clinton, Missouri, was once part of the mainline of the Missouri Kansas Texas Railroad from Parsons, Kansas, to Sedalia and St. Louis, Missouri. The track between Nevada, Missouri and Fort Scott, Kansas is still an active and important link between the M&NA and BNSF railway to Kansas City, Missouri.

MNA is owned by Genesee & Wyoming, a short-line railroad holding company, having been purchased in 2013 with the acquisition of RailAmerica who bought the MNA back in 2000. 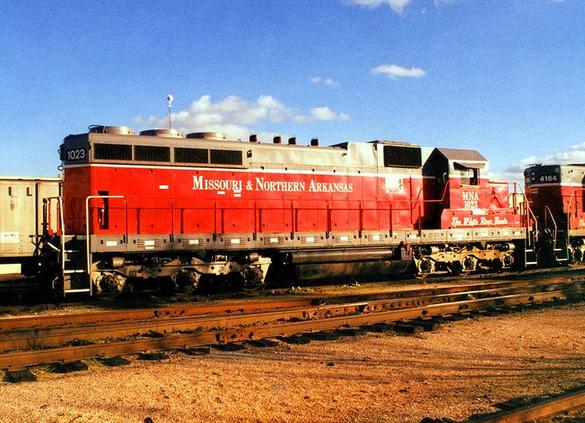