A Map of the Muskogee Roads. 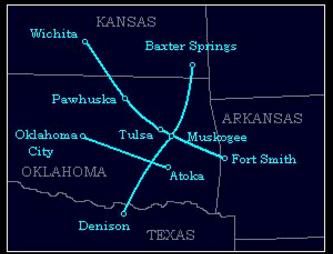