Midland Valley Railroad
The Midland Valley Railroad (MV) was a Class I railroad operating from 1903 until 1964 in the states of Arkansas, Kansas, and Oklahoma, and was known as the "Arkansas River Route," due to much of its length paralleling the Arkansas River between Wichita, Kansas and Fort Smith, Arkansas. It was part of the Muskogee Roads and was operated jointly with two other lines, the Kansas, Oklahoma and Gulf  and the Oklahoma City-Ada-Atoka. The MV was incorporated on June 4, 1903 for the purpose of building a line from Hope, Arkansas, through Muskogee and Tulsa, Oklahoma to Wichita, Kansas. It was backed by C. Jared Ingersoll, a Philadelphia industrialist who owned coal mining properties in Indian Territory (now part of the state of Oklahoma). The railroad took its name from Midland, Arkansas, a coal mining town in western Arkansas, which was served by the railroad. The Midland Valley gained access to Fort Smith, Arkansas via trackage rights over the Frisco from Rock Island, Oklahoma.

History
MV completed construction of its initial system in 1906. It constructed a branch to the Glenn Pool oil field, which generated a lot of traffic and stimulated MV's revenues. MV extended the line as far as Kiefer, but closed the Glenn Pool-Kiefer section in 1936. Competition from other railroads caused a decline in MV's fortunes, especially during the Great Depression. 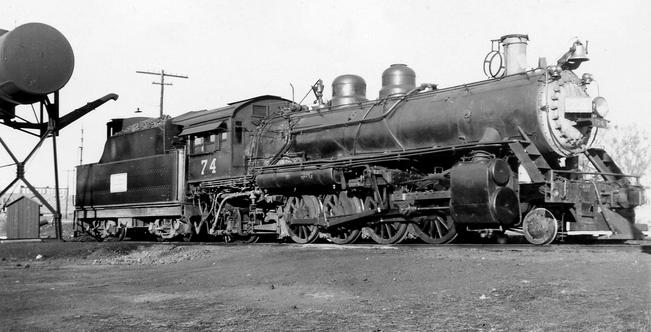