At the end of 1960, the OCAA reported 20 million net ton-miles of revenue freight and no passengers on its 104 miles of road. In 1964 the OCAA was sold to the Missouri Pacific Railroad's Texas and Pacific Railway, which briefly operated the property before selling it to the Atchison, Topeka and Santa Fe Railway with which it merged on December 1, 1967. 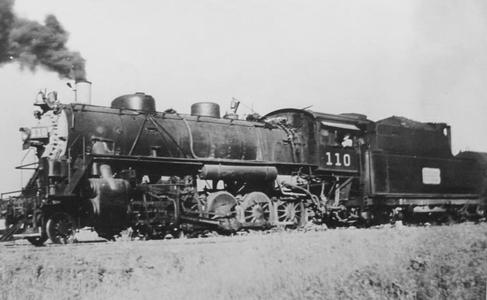 Locomotive No. 110 operated by the Muskogee Lines.

The OCAA was originally owned by interests associated with the Oklahoma Railway, but was sold to the Muskogee Company (which also controlled the Midland Valley Railroad and the Kansas, Oklahoma and Gulf Railway) in 1929. Motive power was used interchangeably between the three railroads, and later diesel power was pooled with the Texas Pacific and the Missouri Pacific for through freight service. By 1950, the line operated 132 miles of road and reported a total operating revenue of $974,080.