OmniTRAX
OmniTRAX, Inc is one of North America’s largest private railroad and transportation management companies with interests in railroads, terminals, ports and industrial real estate. OmniTRAX operates a network of 21 regional and short line railroads that cover 12 states in the US and 3 provinces in Canada. The company’s railroads have interchanges with BNSF, CN, CSXT, NS & UP, and transport commodities within the agricultural, aggregate and industrial mineral, energy, food, crude oil, chemical, lumber, metal, petroleum and plastic industries.

In 1986 Pat Broe, owner of the Broe Group, acquired the Great Western Railway in Colorado from the insolvent sugar producer Great Western Sugar Company. This was the beginning of the Group's expansion in the railway and transport sectors. Also in 1986, the subsidiary Great Western Railway was founded in Oregon, which leased the 55-mile-long former Southern Pacific line between Lakeview and Alturas from Lake County on January 18. At the end of 1996, OmniTRAX did not renew the lease due to low transport volume.

In May 1991 the Council Bluffs Railway was established by the Broe subsidiary Great Western Railway Company of Iowa. From this point onwards, a 30-mile shunting track was built in Council Bluffs, Iowa.

In 1992 about 994 miles of track was purchased from the Atchison, Topeka and Santa Fe Railroad in Kansas. These formed the basis for the Central Kansas Railway which began operation on 1 January 1993.

The following year, the operation began on the former 31 mile ATSF line between Panhandle and Borger, Texas as Panhandle Northern Railroad. In 1994, the Great Western Railway in Colorado was extended to Fort Collins and 1996 to Greeley.

In 1995 operation was started on the route of the Northern Ohio and Western Railway rented by the CSX. In 1997, Omnitrax acquired the Canadian companies Carlton Trail Railway, the Hudson Bay Railway, and the associated port of Churchill and the tank warehouse in Churchill. In 1998 operations began on the Okanagan Valley Railway. After their main customer's factory closed, the railway was discontinued in 2009.

In 2004 the takeover of the Canadian Kettle Falls International Railway, as well as the leasing of CSX routes through the Alabama and Tennessee River Railway and the Fulton County Railway took place. The following year, North American RailNet was taken over by the Georgia and Florida Railway, Illinois Railway, and Nebraska Kansas Colorado Railway.

On July 10, 2018 it was reported that CSX had sold the Alabama & Tennessee River Railway, LLC (ATN) and the Fulton County Railway, LLC (FCR) to HGS Railway Holdings Inc., a managed affiliate of OmniTRAX, Inc. Terms for the transaction were not disclosed. OmniTRAX has managed both short lines for several years. Operations are expected to continue unchanged following the acquisition. The ATN, based in Gadsden, Alabama, operates 120 miles of track to transport cement, pulp board, food products, canned goods, steel and other commodities. The FCR, based in Atlanta, operates 25 miles of track in the Fulton County Industrial Park, providing service to warehouses and light manufacturing companies transporting food products, metals, building materials, paper and packaging products. “The Alabama & Tennessee River Railway and the Fulton County Railway have been great operations for OmniTRAX due to the business-friendly climate in Alabama and Georgia, strong regional commodity flows and select expansion opportunities,” said OmniTRAX CEO Kevin Shuba. “The transaction marks another milestone in our strong relationship with CSX. We thank the CSX team for their professionalism during the process and look forward to working with them to support current and future customers on the two railroads."

CSX began selling rail lines in April 2018. Up to 8,000 miles are under consideration. 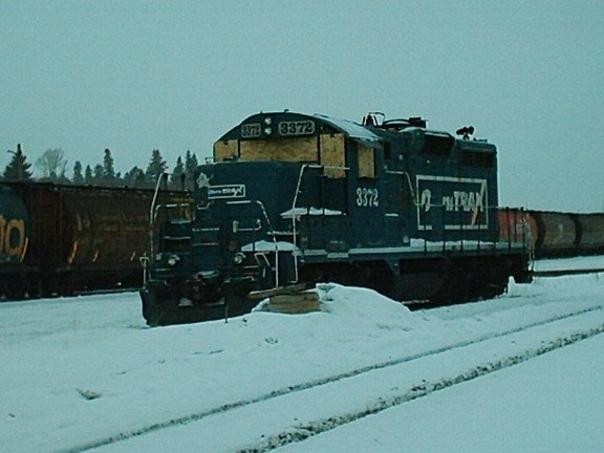