Progressive Rail also acquired the Wisconsin Northern Division in Chippewa Falls, Wisconsin and operates as a separately-named division. They also own the Central Midland Railway in Missouri, the Iowa Traction Railway in Iowa, the Crab Orchard and Egyptian Railroad in Illinois, and the St. Paul & Pacific Railroad in California. Progressive Rail is also known as the Cannon Valley Railroad (reporting mark CVRC).

History
Headquartered in Lakeville, Minnesota (a southern suburb of Minneapolis-St. Paul), Progressive Rail, Inc. was established in 1996 to initially serve the Airlake Industrial Park. In 2001, they leased the former Minneapolis, Northfield and Southern Railway "High Line" in Bloomington and Richfield and started restoring trackage. The company's philosophy has been to provide service that a large railway chooses not to provide. They have also focused on economic development, including finding new customers, and working on regaining former rail customers along their lines. This strategy has paid off in an increase in traffic, from 600 carloads in their first year of operation to more than 5000 carloads in 2003. 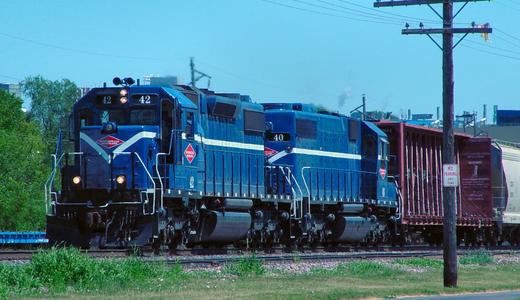 A map of the PGR system. (Click image for larger view) 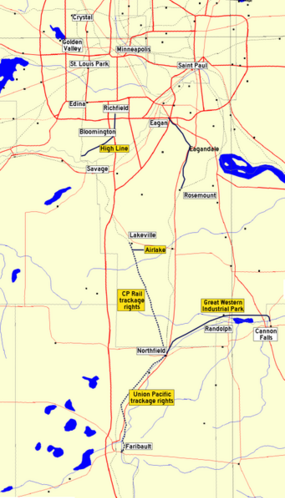