Providence and Worcester Railroad
The Providence and Worcester Railroad (reporting mark PW) (NASDAQ: PWX) is a Class II railroad owned by Genesee & Wyoming. The railroad connects from Gardner in central Massachusetts, south through its namesake cities of Worcester and Providence, Rhode Island, and west from Rhode Island through Connecticut and into New York City. The railroad's connection between New Haven, Connecticut through New York City to Long Island is via trackage rights over the Hell Gate Bridge.

Current lines
In addition to the original main line between Providence and Worcester, and the East Providence Branch, the P&W owns or provides freight service on the following lines, identified by their original companies:

The line opened in two sections, the part south of Millville on September 27, 1847, and the rest on October 20. The line from Providence to Central Falls was shared with the Boston and Providence Railroad, which at the same time built a connection from its old line (ending in East Providence) over to the P&W.

On July 1, 1892, the New York, New Haven and Hartford Railroad leased the P&W for 99 years. The New Haven merged into Penn Central on January 1, 1969. On April 6, 1970, the P&W announced its intention to separate from the merger. After a legal battle, the Interstate Commerce Commission approved the request on August 25, 1972, and, on November 2, Penn Central signed the agreement, effective December 30. The P&W cancelled the lease on February 3, 1973. Since then, the P&W has taken over many other lines from the former Penn Central in addition to several from the Boston and Maine Railroad.

On August 15, 2016, Genesee & Wyoming Inc. (G&W) announced it would buy Providence and Worcester Railroad Company for $25.00 per share, or approximately $126 Million. The acquisition was completed on November 1, 2016, and the Surface Transportation Board approved the acquisition on December 16, 2016.

Branches
The East Providence Branch Railroad was the only branch built by the P&W. Chartered in 1874 and opened in 1875, it split from the main line at Valley Falls and ran southeast and south, clipping the corner of Attleboro, Massachusetts and running through Pawtucket, and East Providence crossing both the Boston and Providence Railroad and the Providence, Warren and Bristol Railroad, and ending at the Wilkes-Barre Pier.

The East Providence Branch was also the P&W's only branch when it was leased to the NYNH&H, but previously it had leased several other railroads.

The Milford and Woonsocket Railroad was incorporated in 1855 and opened in 1868 from Milford to Bellingham. Soon after, the P&W leased it, despite it not being connected directly to the P&W. The Hopkinton Railway was leased in 1870 and opened in 1872, continuing the M&W north from Milford to Ashland. It too was leased to the P&W, on completion. Both leases expired in 1883 and were not renewed. The M&W bought the Hopkinton in 1884, and in 1897 the New England Railroad leased them, with a direct connection at Milford. 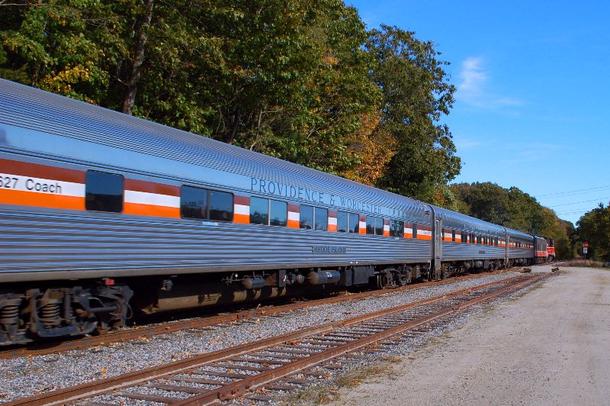 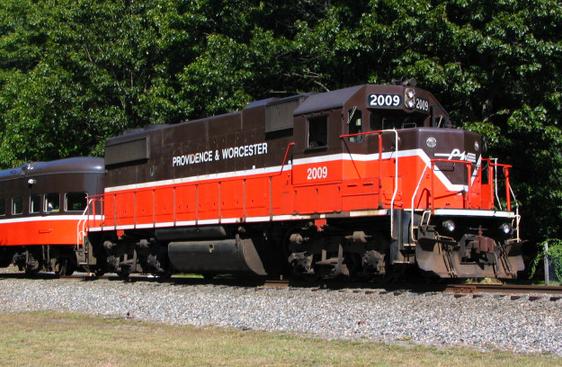