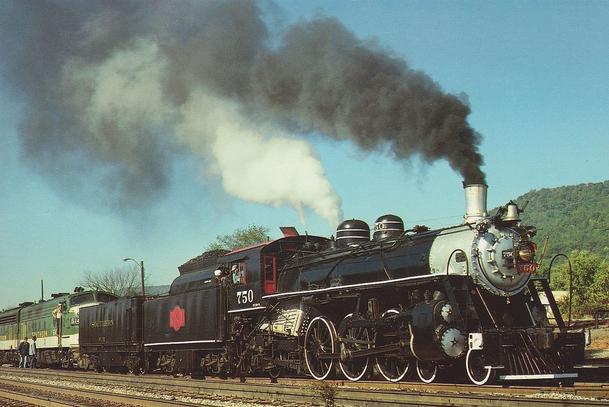 The Savannah & Atlanta Railway (reporting mark SA) was a railroad operating within the state of Georgia with headquarters in Savannah. It was operated independently until the formation of the Central of Georgia Railway in 1971.

History
George M. Brinson began constructing a railroad northwest from Savannah, Georgia, in 1906. The railroad — the Brinson Railway — reached Newington, Georgia, 43 from Savannah, in 1909. Brinson then acquired the Savannah Valley Railroad, which had a line from Egypt, Georgia, through Newington and Sylvania to Mill Haven. At that point he ran out of money. Control of the railroad was acquired by a New York bank, though Brinson remained president. Construction continued and the road reached Waynesboro and a connection with the Central of Georgia (CofG) in 1911 and St. Clair and a connection with the Georgia & Florida in 1913. The road was renamed the Savannah & Northwestern in 1914.

The Savannah & Atlanta was incorporated in 1915 to build a connecting link between St. Clair and Georgia's Railroad's main line near Camak. Upon completion in 1916 it formed the shortest route between Atlanta and Savannah. In 1917 the Savannah & Atlanta (S&A) absorbed the Savannah & Northwestern. The railroad then entered receivership in 1921 and emerged with its name unchanged in 1929. The line's principal business was to serve as a Savannah extension of the Georgia Railroad. The railroad was purchased by the CofG in 1951 but continued to operate separately until the formation of the Central of Georgia Railroad, a subsidiary of the Southern Railway, in 1971.

Legacy
The Savannah & Atlanta Railway is remembered chiefly for Pacific 750, purchased from the Florida East Coast Railway in 1935 and given to the Atlanta Chapter of the National Railway Historical Society in 1962.