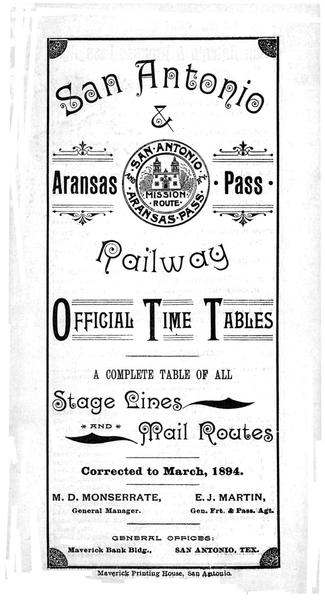 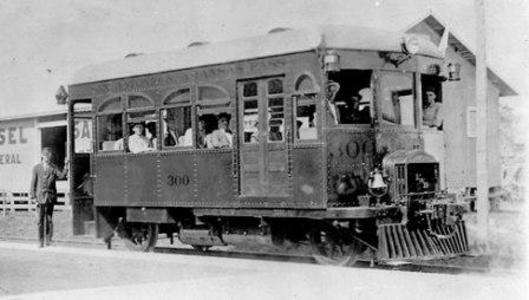 The San Antonio and Aransas Pass Railway (S.A. & A.P.) first began operation in the state of Texas in 1886. It was developed by Uriah Lott and businessmen of San Antonio as a direct route from the city to Aransas Bay on the Texas Gulf coast. Uriah Lott was a transportation entrepreneur who engaged his friends Richard King and contractor Mifflin Kenedy in development of three railroad lines in Texas to improve connections from major cities to smaller ones, and to trading areas in Mexico. The Corpus Christi, San Diego and Rio Grande Narrow Gauge Railroad connected Corpus Christi and Laredo. The St. Louis, Brownsville and Mexico Railway ran from Houston to Brownsville through the Rio Grande Valley and related stops. Supported by businessmen from San Antonio, the San Antonio and Aransas Pass Railway was developed to connect San Antonio with Aransas Bay on Texas' Gulf coast, where a deepwater port was being developed. Lott, Texas was named in the developer's honor. (After damaging hurricanes in the early 20th century, the US Army Corps of Engineers designated Corpus Christi to be the deepwater port in this area.)