Family Lines
The Seaboard System's roots trace back to SCL Industries, a holding company created in 1968 that combined the SCL's subsidiary railroads into one entity. In 1969, SCL was renamed Seaboard Coast Line Industries. Known as the Family Lines System, this entity adopted its own logo and colors, but each railroad maintained its own identity. Over time, this caused confusion among customers. In comparison to the neighboring Chessie System, which had three railroads, the Family Lines had five railroads.

On November 1, 1980, the holding company CSX Corporation was created after the merger of Seaboard Coast Lines Industries and Chessie System. This now simplified ownership of both the Chessie and Seaboard's railroads under one holding company while still keeping their identities separate. On December 29, 1982, the Seaboard Coast Line and Louisville & Nashville (under the Family Lines entity) were merged to form the Seaboard System Railroad, Inc. This was the first step under the CSX Corporation holding company to combine all railroads into one railroad.

After the Seaboard System simplified itself as one railroad, it was renamed CSX Transportation on July 1, 1986. On April 30, 1987, the Baltimore & Ohio railroad was merged away into the Chesapeake & Ohio. Finally, on August 31, 1987, the Chesapeake & Ohio (still under the Chessie System entity for corporate reasons) was merged into CSX Transportation. All the major railroads under CSX Corporation were now one company. The Western Railway of Alabama would remain an operating subsidiary until December 2002, when it was finally merged into CSX. 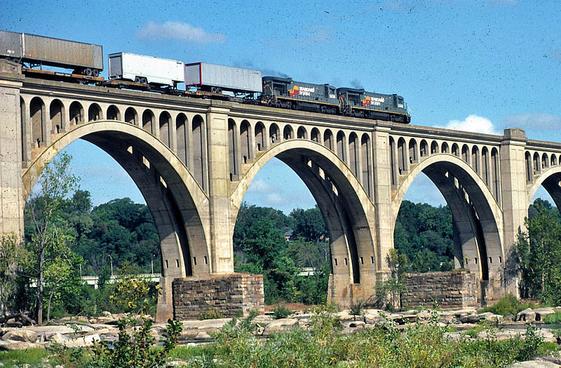 The Family Lines logo included five of the seven systems that were grouped under the name.

When the merger officially took effect on January 1, 1983, all former reporting marks were to be either removed or patched with SBD initials. Shortly before taking delivery of the L&N specified EMD SD50's, Seaboard adopted a Swis721 type font for reporting marks and numbers, instead of the customized Seaboard Coast Line lettering seen on pre-1983 repaints. To simplify its locomotive roster and meet Chessie System specifications, Seaboard introduced a numbering system that partially became meshed within the Chessie System locomotive fleet, and removed any existing Mars Lights or Gyralights from locomotives. Any new locomotives purchased by Seaboard would be built to meet Chessie specifications; of which only three, EMD SD50, EMD MP15T and GE B36-7, were actually ordered.

By Bruce Fingerhood from Springfield, Oregon, US - richmond Uploaded by Mackensen, CC BY 2.0, https://commons.wikimedia.org/w/index.php?curid=31005928