The Chicago Short Line (CSL) was incorporated in 1900 and leased four miles (6 km) of yard and sidings from the adjacent Iroquois Iron Company. By 1919, C&CC&DC owned and operated a whopping 7.68 miles (12.36 km) of track. Until 1906, the railroad interchanged traffic connections in the South Chicago District through trackage-rights agreements with the  Baltimore and Ohio Railroad.

In December 1905, C&CC&DC sold the Iroquois Iron Company a chunk of land for expansion along the lake front. Included was the railroad and its right-of-way. There were some problems at first. Iroquois was a manufacturer incorporated under the General Laws of the State of Illinois, which prohibited manufacturers from operating a railroad. As a result, Iroquois leased the railroad to a new entity, the Chicago Short Line.

In April of 2003, the Chicago Short Line became the South Chicago and Indiana Harbor railroad.

One of SCIH's main sources of revenue from the South Chicago operation was the intra-plant movement of pig iron, loaded slag ladles (to and from the cinder dump), and empty ladles to and from the ladle preparation building. The SCIH also handled substantial tonnages of slag, used by some Midwestern railroads for track ballast. 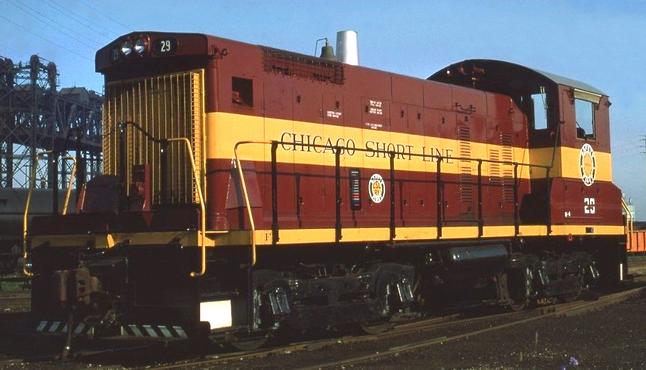