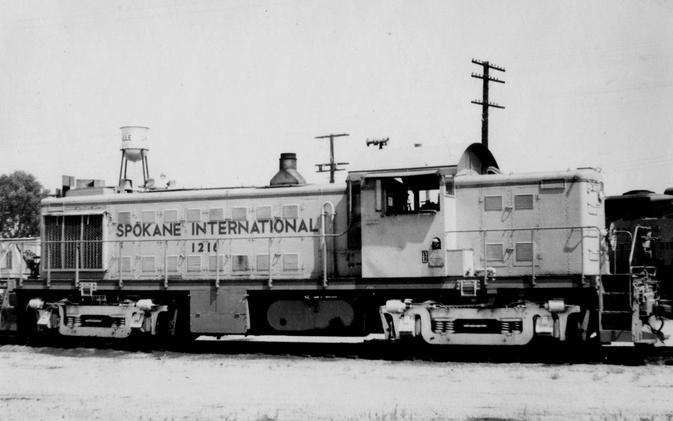 The SI was reorganized October 1, 1941 following financial difficulties and receivership during the Great Depression. The line was renamed the Spokane International Railroad as part of the restructuring agreement until the 1950s.

On October 6, 1958 the Union Pacific Railroad (UP) took control of Spokane International Railroad. In 1962 UP leased SI's 11 ALCO RS-1 locomotives for operation. The locomotives were later repainted to UP's yellow and gray paint scheme, but retained their SI lettering. Also in 1962, UP sold four of its older steel cabooses to SI. These were also painted in UP's yellow scheme, but also retained their SI lettering and numbers. After UP's 1958 control of SI, Union Pacific continued to lease SI for operation. On December 31, 1987, Union Pacific formally merged SI into its corporate structure.

At the end of 1960 SI operated 150 miles of road on 190 miles of track; that year it reported 141 million net ton-miles of revenue freight and zero passengers.

The line remains in operation as an important UP connection between southern British Columbia and the northwest United States.

An Alco diesel on the Spokane International. The SI owned a total of 8 diesel locomotives in 1950.

Spokane International Railroad
The Spokane International Railroad (reporting mark SI) was a former Class I railroad operating in Washington, Idaho, and British Columbia from 1887–1958. The line ran north from Spokane, Washington and connected with the Crowsnest line of the Canadian Pacific Railway (CP) at Eastport, Idaho and Kingsgate, British Columbia. The line became an important one for the CP with its connections to the Union Pacific Railroad and Portland, Oregon.

The line, originally named the Spokane International Railway, was built by local businessman and railroader Daniel Chase Corbin following an agreement between him and the CP, with CP agreeing to fund much of the line's construction and to secure the loan by holding the new line's bonds.

Especially significant was the fact that the CP controlled the Minneapolis, St. Paul and Sault Ste. Marie Railway (Soo Line) and its connections to Minneapolis, Minnesota, St. Paul, Minnesota and Chicago, Illinois. Completion of the Spokane International now meant that the CP could compete with the Northern Pacific Railway and Great Northern Railway lines for transportation between the Midwest and the Puget Sound area (in conjunction with the Union Pacific Railroad subsidiary Oregon-Washington Railroad and Navigation Company west of Spokane). Express passenger service was soon introduced on the line via the Soo-Spokane Train De Luxe.