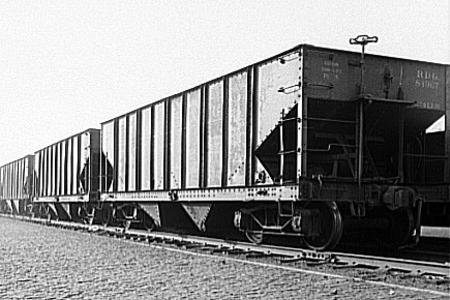 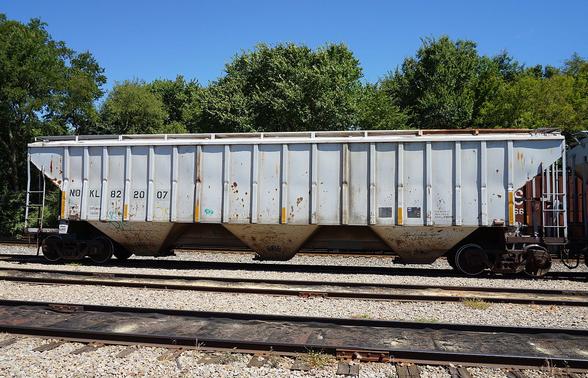 A covered hopper car at the Pilgrim's Pride feed mill in Pittsburg, Texas. 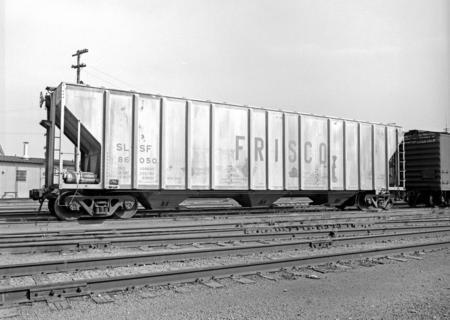 This type of car is distinguished from a gondola car in that it has opening doors on the underside or on the sides to discharge its cargo. The development of the hopper car went along with the development of automated handling of such commodities, with automated loading and unloading facilities.

Covered hopper cars are used for bulk cargo such as grain, sugar, and fertilizer that must be protected from exposure to the weather. Open hopper cars are used for commodities such as coal, which can suffer exposure with less detrimental effect. Hopper cars have been used by railways worldwide whenever automated cargo handling has been desired. "Ore jennies" is predominantly a term for shorter open hopper cars hauling taconite by the Duluth, Missabe and Iron Range Railway on Minnesota's Iron Range.

A rotary car dumper permits the use of simpler and more compact (because sloping ends are not required) gondola cars instead of hoppers. Covered hoppers, though, are still in widespread use.

Special hopper trains
The Coke Express, is a unit train of hopper cars loaded with coke, with the words "Coke Express" painted on the sides of the hoppers.

Increase in wheel loads has important implications for the rail infrastructure needed to accommodate future grain hopper car shipments. The weight of the car is transmitted to the rails and the underlying track structure through these wheel loads. As wheel loads increase, track maintenance expenses increase and the ability of a given rail weight, ballast depth, and tie configuration to handle prolonged rail traffic decreases. Moreover, the ability of a given bridge to handle prolonged rail traffic also decreases as wheel loads increase.

Etymology
The word "hopper", meaning a "container with a narrow opening at bottom", goes back to the thirteenth century, and is found in Chaucer's story "The Reeve's Tale" (written late fourteenth century) in reference to a machine for grinding grain into flour.