The Timeline of U.S. Railway History depends upon the definition of a railway, as follows: A means of conveyance of passengers and goods on wheeled vehicles running on rails, also known as tracks.

Rail Transportation in the U.S.A. 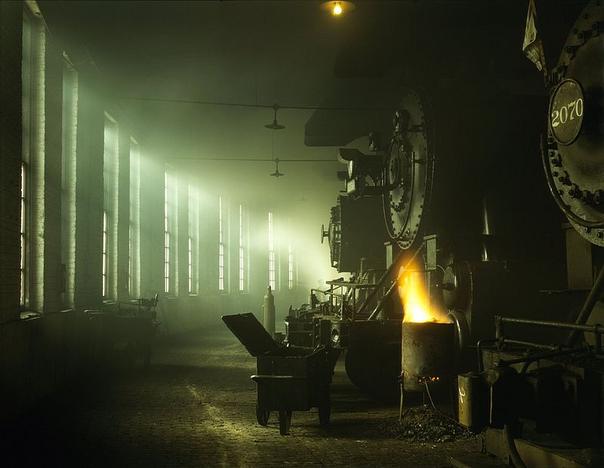 Steam locomotives of the Chicago and North Western Railway in the roundhouse at the Chicago, Illinois rail yards, 1942.